Treatment of the common disease psoriasis, usually focuses on treating the skin. However, psoriasis patients often have other physical diseases that can bring on depression, anxiety, and suicide. A new study from Umeå University, Sweden, shows that these other somatic diseases have even more impact on patients' mental health than their skin symptoms, highlighting the importance of holistic patient care.

Psoriasis is a lifelong disease. The body produces skin cells too quickly which build up on the skin's surface in the form of inflamed red, painful, itchy scales. Many people with psoriasis have other physical diseases such as being overweight, diabetes and heart diseases.

"What we didn't know before is how psoriasis skin symptoms and other somatic diseases associated with psoriasis impact mental health," says Marcus Schmitt-Egenolf, Dermatologist and Professor at Umeå University.

The study found that skin symptoms have an important impact on mental health, but that other somatic diseases associated with psoriasis can cause even more harm to mental health.

"We found that skin symptoms increased the risk of mental illness by a third, while other physical illnesses doubled the risk among psoriasis patients," says Kirk Geale, PhD candidate at Umeå University. The results in the study shows a 32 percent increase risk of mental illness caused by skin symptoms and a 109 percent increased risk at other somatic illnesses.

This information is important as the total burden of mental health burden for people with psoriasis, and what contributes to it, was not well established. The study's findings encourage people with psoriasis to talk with their doctors more about symptoms beyond the skin, both physical and mental. It also encourages doctors to proactively discuss these issues with their patients.

"I would be delighted if our study could support the trend towards a more holistic view on psoriasis care. At the doctor's office, lifestyle factors should be discussed in the awareness that individual responsiblity may be limited by available personal and community resources. Such an approach may improve the complete triad of psoriasis - skin symptoms, somatic and mental health alike," concludes Marcus Schmitt-Egenolf.

The study was conducted during 2017 - 2019. Nationwide data from about 100 000 individuals with psoriasis but without earlier mental diseases in Sweden were compared to a control group without psoriasis. The study is published in JAMA Dermatology. 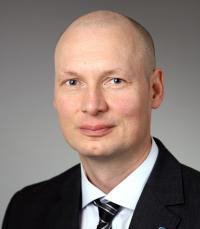