PHILADELPHIA (October 21, 2015) - According to new research from the Monell Center, cats have at least seven functional bitter taste receptors. Further, a comparison of cat to related species with differing dietary habits reveals that there does not appear to be a strong relationship between the number of bitter receptors and the extent to which a species consumed plants in its diet. The findings question the common hypothesis that bitter taste developed primarily to protect animals from ingesting poisonous plant compounds.

Scientists speculate that the sense of taste evolved so animals could make the critical decision of whether a potential food is nutritionally advantageous or possibly harmful. For example, sweet taste is believed to signal the presence of sugars, an important source of energy. Similarly, scientists have long assumed that bitter taste evolved as a defense mechanism to detect potentially harmful toxins commonly found in plants.

In support of the sweet taste hypothesis, Monell scientists previously found that both domestic and wild cats are unable to taste sweet compounds. This inability reflects damage to an underlying gene for the sweet taste receptor. The researchers theorized that the strictly meat-eating cats lost their ability to taste sweetness because they have no need to detect sugars.

Additional findings from Monell revealed that other exclusively carnivorous mammals, including sea lions and spotted hyenas, also have lost the ability to detect sweet taste.

The current study, published in the open access journal PLOS ONE, used a similar rationale to ask whether cats, which typically do not eat plants, have maintained the ability to detect bitter taste.

Unlike sweet taste, which has only one or perhaps two different receptor types, the number of functional bitter taste receptor types - those that are able to respond to bitter compounds - varies greatly across species.

In the study, the researchers first examined DNA from domestic cats and identified 12 different genes for cat bitter receptors.

The Monell scientists next evaluated whether these genes encode functional bitter receptors. To do this, they incorporated the gene sequence of each receptor into cultured cells and then probed the cells to determine if they were activated by one or more of 25 different bitter-tasting chemicals.

Using this method, the researchers confirmed that at least seven of the 12 identified cat bitter receptor genes are functional, meaning that they have the ability to detect at least one bitter chemical. The remaining five bitter receptors may respond to bitter compounds not tested, so it is not possible to determine their functional status without additional studies.

To provide a comparative perspective on the relationship between diet and bitter receptor function, the researchers used previously published data to compare the number of bitter receptor types in cats to that of related species. Relative to the 12 receptors identified in cat, dog (15 receptors), ferret (14), giant panda (16), and polar bear (13) all had a similar number of bitter receptors. Like cats, these species all belong to the order Carnivora. However, they differ considerably with regard to diet, ranging from strictly carnivorous (cat) to omnivorous (dog) to exclusive plant eaters (giant panda).

Thus, unlike sweet receptors, which seem to be non-functional in many exclusively meat-eating Carnivora species, there does not appear to be a strong relationship between the number of bitter receptors and the extent to which a Carnivora species consumed plants in its diet.

However, it remains possible that bitter taste could have a protective function related to feeding behavior. "For example, bitter taste could exist to minimize intake of toxic compounds from skin and other components of certain prey species, such as invertebrates, reptiles and amphibians," says Beauchamp.

On a positive note, the bitter results from the current study could have a pleasurable effect for the family cat.

"Cats are known as picky eaters," said Monell molecular biologist and study lead author Peihua Jiang, PhD. "Now that we know that they can taste different bitters, our work may lead to better formulations of cat food that eliminate the bitter off-taste associated with certain flavors and nutrients."

The Monell Chemical Senses Center is an independent nonprofit basic research institute based in Philadelphia, Pennsylvania. For over 47 years, Monell has advanced scientific understanding of the mechanisms and functions of taste and smell to benefit human health and well-being. Using an interdisciplinary approach, scientists collaborate in the programmatic areas of sensation and perception; neuroscience; molecular biology and genomics; nutrition and metabolism; health and disease; environmental and occupational health; development, regeneration, and aging; and chemical communication and ecology. For more information about Monell, visit http://www.monell.org. 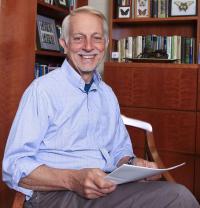