WASHINGTON, Oct. 12 -- Researchers at Yale University are studying how two types of nanoscale structures on the feathers of birds produce brilliant and distinctive colors. The researchers are hoping that by borrowing these nanoscale tricks from nature they will be able to produce new types of lasers—ones that can assemble themselves by natural processes. The team will present their findings at the Optical Society's (OSA) Annual Meeting, Frontiers in Optics (FiO) 2011 (http://www.frontiersinoptics.com/), taking place in San Jose, Calif. next week.

Many of the colors displayed in nature are created by nanoscale structures that scatter light strongly at specific frequencies. In some cases, these structures create iridescence, where colors change with the angle of view—like the shifting rainbows on a soap bubble. In other cases, the hues produced by the structures are steady and unchanging. The mechanism by which angle-independent colors are produced stumped scientists for 100 years: at first glance, these steady hues appeared to have been produced by a random jumble of proteins. But when researchers zoomed in on small sections of the protein at a time, quasi-ordered patterns began to emerge. The scientists found that it is this short-range order that scatters light preferentially at specific frequencies to produce the distinctive hues of a bluebird's wings, for example.

Inspired by feathers, the Yale physicists created two lasers that use this short-range order to control light. One model is based on feathers with tiny spherical air cavities packed in a protein called beta-keratin. The laser based on this model consists of a semiconductor membrane full of tiny air holes that trap light at certain frequencies. Quantum dots embedded between the holes amplify the light and produce the coherent beam that is the hallmark of a laser. The researchers also built a network laser using a series of interconnecting nano-channels, based on their observations of feathers whose beta-keratin takes the form of interconnecting channels in "tortuous and twisting forms." The network laser produces its emission by blocking certain colors of light while allowing others to propagate. In both cases, researchers can manipulate the lasers' colors by changing the width of the nano-channels or the spacing between the nano-holes.

What makes these short-range-ordered, bio-inspired structures different from traditional lasers is that, in principle, they can self-assemble, through natural processes similar to the formation of gas bubbles in a liquid. This means that engineers would not have to worry about the nanofabrication of the large-scale structure of the materials they design, resulting in cheaper, faster, and easier production of lasers and light-emitting devices.

One potential application for this work includes more efficient solar cells that can trap photons before converting them into electrons. The technology could also yield long-lasting paint, which could find uses in processes such as cosmetics and textiles. "Chemical paint will always fade," says lead author Hui Cao. But a physical "paint" whose nanostructure determines its color will never change. Cao describes a 40-million-year-old beetle fossil that her lab examined recently, and which had color-producing nanostructures. "With my eyes I can still see the color," she said. "It really lasts for a very long time."

###
Presentation FWW1, "Bio-inspired photonic nanostructures and lasers," by Hui Cao is at 4 p.m. on Wednesday, Oct. 19.

Frontiers in Optics 2011 is OSA's 95th Annual Meeting and is being held together with Laser Science XXVII, the annual meeting of the American Physical Society (APS) Division of Laser Science (DLS). The two meetings unite the OSA and APS communities for five days of quality, cutting-edge presentations, fascinating invited speakers and a variety of special events spanning a broad range of topics in physics, biology and chemistry. FiO 2011 will also offer a number of Short Courses designed to increase participants' knowledge of a specific subject while offering the experience of insightful teachers. An exhibit floor featuring leading optics companies will further enhance the meeting.

PRESS REGISTRATION: A Press Room for credentialed press and analysts will be located in the Fairmont San Jose Hotel, Sunday through Thursday, Oct. 16-20. Those interested in obtaining a press badge for FiO should contact OSA's Angela Stark at 202-416-1443 or astark@osa.org.

Uniting more than 130,000 professionals from 175 countries, the Optical Society (OSA) brings together the global optics community through its programs and initiatives. Since 1916 OSA has worked to advance the common interests of the field, providing educational resources to the scientists, engineers and business leaders who work in the field by promoting the science of light and the advanced technologies made possible by optics and photonics. OSA publications, events, technical groups and programs foster optics knowledge and scientific collaboration among all those with an interest in optics and photonics. For more information, visit http://www.osa.org. 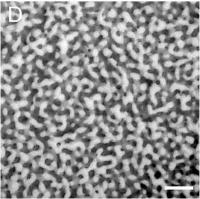 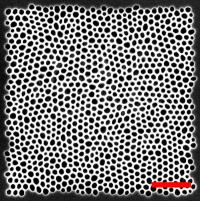 A Network Laser Based on Feathers with the Channel-type Nanostructure