It's an all-day affair: A host family welcomes church members - between 20 to 40 families - into their home to worship and have fellowship with one another from morning to night. Church is a biweekly activity; each gathering takes place in a member's home and is a key ritual in the Amish community which values in-person communication.

New research from West Virginia University sociologists suggests this face-to-face interaction, coupled with a distrust in preventative medicine, led to "excess deaths" among the Amish population in 2020.

The death rate for that year soared above the baseline average from 2015 to 2019, with the largest spike - 125% - occurring in November.

Researchers, led by Rachel Stein, associate professor of sociology, analyzed obituary information published in an Amish/Mennonite newspaper to examine excess death among this segment of the population in 2020. Their results are published in the Journal of Religion and Health.

"By taking multiple years of historical data, we can create an average rate of death," explained co-author Katie Corcoran, associate professor of sociology. "For 2020, when the pandemic started, we identified how much extra deaths occurred on top of that average. We call that excess deaths."

The team emphasized that these deaths may or may not be directly related to COVID-19; however, the excess death rates among the Amish/Mennonites mirrored the general COVID-19 infection waves in the United States. Researchers did not access official death certificates (which do not indicate religion/faith) and obituaries usually lacked the cause of death.

Information was taken from The Budget, a weekly correspondence newspaper published in Ohio geared toward the Amish and Mennonite communities.

Stein, who grew up in Amish country, decided to explore COVID-19's impacts after noticing many community members not practicing social distancing at the onset of the pandemic. Also, the Amish do not use modern technology, such as electricity, and tend to distrust preventative medicine, lifestyle choices engrained in their culture and religion.

"There's been a lot of minimizing of the severity of COVID," Stein said. "There's a perception that COVID is like the flu. If people get sick, then people get sick and will eventually get over it.

"I don't want to convey that all Amish aren't taking COVID seriously. That's not true. There are certainly groups of Amish who perceive COVID as a real problem and they've had loved ones negatively affected by it."

Co-author Corey Colyer, associate professor of sociology, views the team's findings through the intersection of religion and government guidelines.

Colyer believes that policies established by government entities can leave behind a bad taste for members of religious communities bearing a history of persecution.

"Mandates prohibiting church can backfire," Colyer said. "We've picked up on that in letters to The Budget. The Amish, conservative Mennonites and other Anabaptists have collective memories of persecution."

Colyer explained that when the Anabaptists formed in the Counter-Reformation, they were heavily persecuted and even rounded up and executed in Europe.

"When this pandemic hit and the state prohibited worship, they didn't take it lightly," Colyer said. "They don't look at it as a 'nanny state' or a government overstepping its bounds. They take it as persecution. Any attempt to curtail religious gathering and practice interferes with their sacred business.

The study suggests that, in general, many groups complied with government guidelines limiting religious gatherings in March and April. But many resumed church services by summer.

When government restrictions relaxed more so in the fall in Ohio, that's when researchers observed the greatest spike in excess deaths.

The coming days, weeks and months will remain problematic from a public health standpoint in these communities, as most members will not practice social distancing or get vaccinated, the research team said.

Researchers stressed that the Amish should not be singled out. Their methodology could be applied in studying other religious groups and the impacts of COVID-19. They noted that in some countries, such as Egypt and Jordan, Muslim and Christian obituaries are clearly distinguishable. There are also Jewish newspapers across the United States and the world that report obituaries. An unrelated study (Connelly, 2020) showed how COVID-19 decimated a Jewish community.

At the end of the day, all human beings, regardless of race, religion or creed, can succumb to the virus.

"COVID does not respect doctrinal boundaries," Colyer said. "Many of the Amish believe that God will protect them. The evidence suggests that COVID doesn't care if you are Amish or English, Christian or atheist. The consequences are the consequences."

The study was funded by a $258,719 award from the National Science Foundation and earlier grants from the WVU Humanities Center, and the International Research Network for the Study and Science and Belief in Society.

Journal of Religion and Health

Journal
Journal of Religion and Health
Funder
The National Science Foundation, WVU Humanities Center, the International Research Network for the Study and Science and Belief in Society 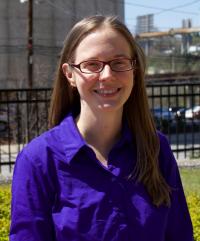