This worm that lives in the White Sea is able to restore lost body segments. However, it turned out that suppression of FGF protein activity disturbs this ability. Similar proteins are found in humans. This discovery may lead to developing methods of fast wound healing. The research findings are published in the journal Genes as part of the project supported by the Russian Science Foundation.

Fibroblast growth factors (FGF) are proteins that play an important role in wound healing and tissue growth. When the need for regeneration of damaged body parts occur, FGFs are produced by epidermis, nervous tissue, macrophages and fibroblasts, which are the main cells of connective tissue. As a result, the process of active cell division and the production of tropocollagen (the structural unit of a collagen fibre) is triggered; the intercellular matrix and the main substance of the connective tissue are synthesised; and the growth of nerves and blood vessels begins.

'Proteins of the FGF group are currently used in experimental methods of cell culture. They are added to the cocktail of nutritious medium in order to grow various cell cultures of animal origin. However, we can go beyond cell culture, for example, we can use them in fast wound treatment medicine', explains Vitaly Kozin, Head of the project, Assistant Professor at St Petersburg University.

Embryologists of St Petersburg University studied FGF of Alitta virens. This annelids live in the White Sea. They are the largest annelids (up to half a metre long) and thanks to their unusual colour they are look very impressive. They are extremely fecund, live long (three to seven years) and are able to grow lost body parts. Also, one can catch them with a scoop net: during spawning that happens at the end of June - beginning of July, when the animals swarm near the water surface. This is how the researchers gathered them. After that they fertilised them artificially in a laboratory and grew new individuals in controlled environment that were suitable for research.

First, the embryologists studied bioinformatics data base where they found the genes they were interested in. Then they described the structure and origins of the genes in order to compare them with the part of DNA which play the similar role in humans. Alitta virens has only two ligands (molecules that bind to cell surface thereby transmitting the signal) and two FGF receptors, which is much less than in humans. Then the scientists extracted these genes products from Alitta virens that were regenerating after damage, and cloned their fragments. They synthesised detectable probes that made it possible to see where exactly these genes work in worms. The method is called hybridisation in situ, which means RNA sticking inside the body.

When the time and the place of gene activity was identified, the scientists artificially blocked receptors and intermediates of FGF signalling pathway by adding inhibitors SU5402 and U0126 into sea water where the worms lived. The process was monitored using antibodies with a special colour, fluorescent dyes and impulse laballing of DNA precursors. It turned out that blocking of FGF affected not only the process of cell division in the damaged part of the body, but also the regeneration process in general. The control animals (those that did not receive inhibitors) started cell division in four hours after amputation and regeneration of muscles and nerves was observed for six days, whereas, inhibitors stopped regeneration completely.

'We managed to study the mechanism of regeneration of the tissues in Alitta virens. This knowledge can be used for therapeutic approaches in regenerative medicine. The study showed that the principal role of FGF in vertebrates and invertebrates does not differ. The analysis showed that participation of FGF in regenerating processes must have existed in a common ancestor of animals with bilateral symmetry that lived 500 million years ago. We are still to find out what was the reason for slowing of regeneration in humans. This summer we will test synthesised fibroblast growth factor on Alitta virens. Perhaps, its increased level in comparison with a natural one will lead to speeding up regeneration. Also, we need to find out how damaging of tissues activates FGF and what other parts of genome comply with its signals', said Vitaly Kozin.

Embryologists reveal a secret of a worm with regeneration super abilities 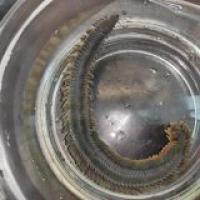 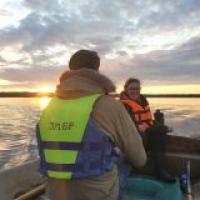