Researchers at the Cardiovascular Research Center at Icahn School of Medicine at Mount Sinai have successfully tested a powerful gene therapy, delivered directly into the heart, to reverse heart failure in large animal models.

The new research study findings, published in November 13 issue of Science Translational Medicine, is the final study phase before human clinical trials can begin testing SUMO-1 gene therapy. SUMO-1 is a gene that is "missing in action" in heart failure patients.

"SUMO-1 gene therapy may be one of the first treatments that can actually shrink enlarged hearts and significantly improve a damaged heart's life-sustaining function," says the study's senior investigator Roger J. Hajjar, MD, Director of the Cardiovascular Research Center at Icahn School of Medicine at Mount Sinai and the Arthur & Janet C. Ross Professor of Medicine at Mount Sinai. "We are very eager to test this gene therapy in our patients suffering from severe heart failure."

Heart failure remains a leading cause of hospitalization in the elderly. It accounts for about 300,000 deaths each year in the United States. Heart failure occurs when a person's heart is too weak to properly pump and circulate blood throughout their body.

Dr. Hajjar is already on a path toward approval from the Food and Drug Administration to test the novel SUMO-1 gene therapy in heart failure patients. When it begins, the clinical trial will be the second gene therapy treatment designed to reverse heart failure launched by Dr. Hajjar and his Cardiovascular Research Center at Icahn School of Medicine at Mount Sinai.

The first trial, named CUPID, is in its final phases of testing SERCA2 gene therapy. Phase 1 and phase 2a trial results were positive, demonstrating substantial improvement in clinical events.

In that trial, a gene known as SERCA2 is delivered via an inert virus — a modified virus without infectious particles. SERCA2 is a gene that produces an enzyme critical to the proper pumping of calcium out of cells. In heart failure, SERCA2 is dysfunctional, forcing the heart to work harder and in the process, to grow larger.

The virus carrying SERCA2 is delivered through the coronary arteries into the heart during a cardiac catheterization procedure. Studies show only a one-time gene therapy dose is needed to restore healthy SERCA2a gene production of its beneficial enzyme.

But previous research by Mount Sinai discovered SERCA2 is not the only enzyme that is missing in action in heart failure. A study published in Nature in 2011 by Dr. Hajjar and his research group showed that the SUMO-1 gene is also decreased in failing human hearts. But SUMO-1 regulates SERCA2a's activity, suggesting that it can enhance the function of SERCA2a without altering its levels. A follow-up study in a mouse model of heart failure demonstrated that SUMO-1 gene therapy substantially improved cardiac function.

Also, according to Dr. Hajjar, the time it took investigators to translate their basic laboratory findings to successful preclinical studies was very short.

"The key reason for this translational medicine speed is the outstanding infrastructure we have in the Cardiovascular Research Center at Mount Sinai, where we are able to replicate human heart failure models to test our novel gene therapies," says Dr. Hajjar. "I think this is a really very unique example of rapid translation of a promising medical therapy from an initial discovery to pre-clinical trials."

Dr. Hajjar is the scientific cofounder of the company Celladon, which plans to develop AAV.SERCA2a gene therapy for the treatment of heart failure. All other authors declare no competing financial interests.

The Mount Sinai Health System is an integrated health system committed to providing distinguished care, conducting transformative research, and advancing biomedical education. Structured around seven member hospital campuses and a single medical school, the Health System has an extensive ambulatory network and a range of inpatient and outpatient services—from community-based facilities to tertiary and quaternary care.

The System includes approximately 6,600 primary and specialty care physicians, 12-minority-owned free-standing ambulatory surgery centers, over 45 ambulatory practices throughout the five boroughs of New York City, Westchester, and Long Island, as well as 31 affiliated community health centers. Physicians are affiliated with the Icahn School of Medicine at Mount Sinai, which is ranked among the top 20 medical schools both in National Institutes of Health funding and by U.S. News & World Report. 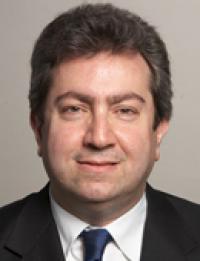