Great eyes, full lips and harmonious features: actress Angelina Jolie is in possession of all of these. That she is regarded as the epitome of female attractiveness doesn't come as a surprise for Dr. Holger Wiese of the Friedrich Schiller University Jena (Germany). "Her features combine many factors which contribute to the attractiveness of a face," the psychologist says. In his research, he mostly deals with the perception of faces. "On the one hand we find very symmetrical and rather average faces appealing," he explains. "On the other hand, people who are perceived as being particularly attractive stand out by additional traits, which distinguish them from the average." Apart from being attractive, features like big eyes or a distinctively shaped mouth ensure a high recognition value. "We tend to remember those faces well," according to Wiese.

But this isn't generally true for all attractive people – as Wiese and his colleagues, Carolin Altmann and Professor Dr. Stefan Schweinberger are showing in a new study. In the science magazine "Neuropsychologia" the psychologists write that attractive faces without particularly remarkable features leave much less distinctive impressions on the memory (DOI: 10.1016./j.neuropsychologia. 2013.12.023). "We could show that the test subjects were more likely to remember unattractive faces than attractive ones, when the latter didn't have any particularly noticeable traits," Holger Wiese says.

For their research the psychologists of Jena University showed photos of faces to their test subjects. One half of the faces were considered as being more attractive, the other half as less attractive and all of them were being thought of as similarly distinctive looking. The test subjects were shown the faces only for a few seconds to memorize them. During the ensuing test phase they were again shown faces and they had to decide if they recognized them.

The scientists were surprised by the result: "Until now we assumed that it was generally easier to memorize faces, which are being perceived as attractive – just because we prefer looking at beautiful faces", according to Wiese. But the new scientific results are showing that such a correlation cannot be easily sustained. Moreover, Wiese and his colleagues assume that the recognition in the case of attractive faces is distorted by emotional influences which exacerbate the recognition at a later time. This is suggested by evidence from the EEG-recordings during the memory tests, which the scientists rely upon in their new publication.

Additionally the Jena psychologists' study revealed a further interesting secondary aspect: In the case of attractive faces, scientists detected considerably more false positive results. In other words: in the test phase the test persons stated that they recognized a face without having seen it before. "We obviously tend to believe that we recognize a face just because we find it attractive", Wiese supposes. 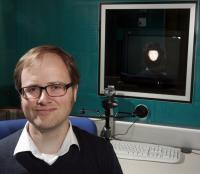