Extensive exposure to slender and attractive models who have been digitally altered to appear flawless has negative effects on how many women feel about their bodies. Researchers at Chapman University tested if adding disclaimers or "subvertisements" to these images counteracts the negative effects of this media. Subvertisements are changes that body image activists make to advertisements to counter or "subvert" the message of the ads. The researchers exposed women to media images of bikini models, and added either disclaimers or subvertising messages to them.

"The results showed that the women exposed to the disclaimers and subvertising did not report higher body satisfaction than women exposed to unaltered images," said David Frederick, Ph.D., assistant professor of psychology at Chapman University and lead author on the study. "These results raise questions about the effectiveness of disclaimers and subvertising for promoting body satisfaction."

To test whether disclaimers or subvertising were effective, 2,288 women were recruited across two studies. The average age of women participating in the surveys was 35. Some women were shown unaltered advertisements that featured slender women. Other women were exposed to these same images but had a disclaimer label in red stating "WARNING, this photo has been photoshopped."

The last set of women saw these images after they had been subvertised with different messages written across them. Examples of different subvertisements included "Photoshop made me ripped," an image focusing on a woman's buttocks with the phrase, "Why don't you show that she is a person with a face and personality instead of presenting her as a sexualized body part," and a thought bubble coming out of a model's head stating, "I'm thinking about that last cheeseburger I ate... 5 years ago."

After viewing the images, the participants were asked to complete established measures of body satisfaction and dieting. They were also asked how much they compared their bodies to the bodies of the models. Women who saw the subvertised or disclaimer images did not feel any better about their bodies than women who saw the unaltered images.

Several governments and trade groups have encouraged advertisers to include labels on digitally altered media as a way to protect consumers and prevent the negative effects of this media on body image. Disclaimers and warning labels have been widely used in the tobacco industry, with Surgeon General's warnings on every pack of cigarettes. The study results offer reason for pessimism regarding the effectiveness of disclaimers and subvertising for improving body image.

"There is no existing research that has examined whether viewing images that have been subvertised improves body image, reduces social comparison, or reduces a desire to be thin," said Dr. Frederick. "We found that simply viewing subvertised images was not effective. Instead, research shows that other approaches, such as media literacy programs and individual therapy appear to be more effective interventions. Even if viewing the actual subvertisements does not benefit most women, the act of creating them may be a positive experience for women experiencing body dissatisfaction."

Authorship was: Dr. David Frederick, Gaganjyot Sandhu, Terri Scott, and Yasmin Akbari of Chapman University. The paper appears in the journal, Body Image: An International Journal of Research. A link to the full article can be found here: http://www.sciencedirect.com/science/article/pii/S1740144516301371

Consistently ranked among the top universities in the West, Chapman University attracts highly qualified students from around the globe. Its programs are designed to encourage leadership in innovation, creativity and collaboration, and are increasingly recognized for providing an extraordinary educational experience. The university excels in the sciences and humanities, business and economics, educational studies, film and media arts, performing arts, and law. Student enrollment in graduate and undergraduate programs is approaching 8,000 and Chapman University alumni are found throughout the world. Visit us at http://www.chapman.edu. 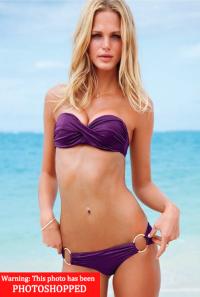