"A major goal in tissue engineering is to create viable human organs, but nobody could print tissue with the speed and resolution needed to form capillaries," said Melanie Matheu, PhD, CEO and co-founder of Prellis Biologics. "At Prellis, we've now developed that technology, paving the way for important medical advances and, ultimately, functional organ replacements."

Prellis' holographic 3D printing technology can create the complex microvascular and scaffolding that allows human tissue to survive. Printing speed is crucial, since cells can only survive for a limited amount of time without a blood supply. And tissue that is densely packed with cells will die in less than 30 minutes unless oxygen and nutrients can be supplied immediately, through capillaries.

Fine printing resolution is as vital as speed, since capillaries are microscopic in size --about 5 to 10 microns in diameter (in comparison, a human hair is 75 to 100 microns). Prellis' technology can print with resolutions as small as 0.5 microns.

Until now, it would take weeks or more to print just a centimeter cube of human tissue with microvasculature. Prellis' technology can print high-resolution tissue structures up to 1000 times faster, with the vasculature in place. "The speed we can achieve is limited only by the configuration of the optical system," Dr. Matheu says. "We are now exploring custom optical system development, which will dramatically increase our capabilities. Our ultimate goal is to print the entire vascular system of a kidney in 12 hours or less."

Many companies are developing biological printers and cell-compatible printing inks based on extrusion printing, a form of technology that is too low resolution and too slow to create capillaries and keep cells alive. Scientists have skirted this drawback by producing paper-thin tissue that must be bathed in nutrients, rather than receiving a supply through complex capillary networks. Prellis' new technology opens the door to the production of thick, functioning tissue for drug and toxicology testing, and ultimately human organs.

"Vasculature is a key feature of complex tissues and is essential for engineering tissue with therapeutic value," observed Todd Huffman, CEO of 3Scan, an advanced digital tissue imaging and data analysis company. "Prellis' advancement represents a key milestone in the quest to engineer organs."

Jordan Miller, PhD, Assistant Professor of Bioengineering at Rice University and an expert in 3D-printed implantable biomaterial structures, affirmed the importance of Prellis' work. "Microvasculature is the fundamental architectural unit that supports advanced multicellular life and it therefore represents a crucial target for bottom-up human tissue engineering and regenerative medicine."

An estimated 330 people in the United States die each day due to organ failure. Replacement organs and tissues will both lower costs and free patients from dialysis, oxygen tanks, daily insulin injections, and other life-altering interventions.

The biotechnology market has a significant unmet need for lab-grown human tissue. The demand for alternatives to organ replacement by transplant, along with the burgeoning need for human tissue in drug discovery and toxicology testing, is revolutionizing the field. The 3D bio-printing market, including both pharmacological and clinical applications, is currently estimated to be worth about $500 million, rapidly expanding to as much as $10 billion by 2020.

Prellis Biologics aims to eliminate the wait list for human organ transplants and speed up development of vital new drug therapies. Using innovations in 3D printing and stem cell development, Prellis has developed a platform technology capable of creating microvascular systems that are critical for supporting viable human tissue. Based in San Francisco, the company's patent-pending technologies use proven methods in biology, physics, and advanced imaging to revolutionize the field of tissue engineering. For more information, visit Prellis Biologics. Follow us on Facebook and Twitter @PrellisBio 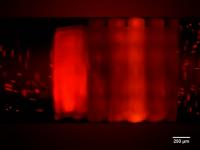 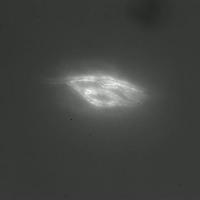