Microorganisms in the human gastrointestinal tract form an intricate, living fabric made up of some 500 to 1000 distinct bacterial species, (in addition to other microbes). Recently, researchers have begun to untangle the subtle role these diverse life forms play in maintaining health and regulating weight.

In a new study appearing in the journal Nutrition in Clinical Practice, researcher Rosa Krajmalnik-Brown and her colleagues at the Swette Center for Environmental Biotechnology at Arizona State University's Biodesign Institute in collaboration with John DiBaise from the Division of Gastroenterology at the Mayo Clinic, review the role of gut microbes in nutrient absorption and energy regulation.

According to Krajmalnik-Brown, "Malnutrition may manifest as either obesity or undernutrition, problems of epidemic proportion worldwide. Microorganisms have been shown to play an important role in nutrient and energy extraction and energy regulation although the specific roles that individual and groups/teams of gut microbes play remain uncertain."

The study outlines the growth of varied microbial populations—from birth onwards— highlighting their role in extracting energy from the diet. The composition of microbial communities is shown to vary with age, body weight, and variety of food ingested; as well as in response to bariatric surgery for obesity, use of antibiotics and many other factors.

Based on current findings, the authors suggest that therapeutic modification of the gut microbiome may offer an attractive approach to future treatment of nutrition-related maladies, including obesity and a range of serious health consequences linked to under-nutrition.

The microbes in the human gut belong to three broad domains, defined by their molecular phylogeny: Eukarya, Bacteria, and Achaea. Of these, bacteria reign supreme, with two dominant divisions—known as Bacteroidetes and Firmicutes— making up over 90 percent of the gut's microbial population. In contrast, the Achaea that exist in the gut are mostly comprised of methanogens (producers of methane) and specifically by Methanobrevibacter smithii— a hydrogen-consumer.

Within the bacterial categories however, enormous diversity exists. Each individual's community of gut microbes is unique and profoundly sensitive to environmental conditions, beginning at birth. Indeed, the mode of delivery during the birthing process has been shown to affect an infant's microbial profile.

Communities of vaginal microbes change during pregnancy in preparation for birth, delivering beneficial microbes to the newborn. At the time of delivery, the vagina is dominated by a pair of bacterial species, Lactobacillus and Prevotella. In contrast, infants delivered by caesarean section typically show microbial communities associated with the skin, including Staphylococcus, Corynebacterium, and Propionibacterium. While the full implications of these distinctions are still murky, evidence suggests they may affect an infant's subsequent development and health, particularly in terms of susceptibility to pathogens.

After birth, diet becomes a critical determinant in microbial diversity within the gut. Recent research indicates that microbial populations vary geographically in a manner consistent with regional differences in diet. Children in rural areas of Burkina Faso for example showed much more abundant concentrations of Bacteroidetes compared with their cohorts in Italy, a finding consistent with the African children's plant-rich diet.

While microbiomes appear to have adapted to local diets, changes in eating habits significantly alter composition of gut microbes. Variations in macronutrient composition can modify the structure of gut microbiota in a few days—in some cases, a single day. Studies in mice show that changing from a low fat, plant polysaccharide diet to a Western diet high in sugar and fat rapidly and profoundly reconfigures the composition of microbes in the gut.

Another modifier of gut microbe composition is gastric bypass surgery, used in certain cases to alleviate conditions of serious obesity. In earlier work, the authors found that the post-surgical microbial composition of patients who underwent so-called Roux-en-Y gastric bypass was distinct from both obese and normal weight individuals.

"Obesity affects more than a third of adults in the U.S. and is associated with a raft of health conditions including heart disease, stroke, type 2 diabetes and certain forms of cancer," says Dr. John DiBaise. The authors further note that concentrations in the blood of lipopolysaccharides derived from gut bacteria increase in obese individuals, producing a condition known as metabolic endotoxemia. The disorder has been linked with chronic, systemic, low-level inflammation as well as insulin resistance.

In the current review, the cycle of microbial energy extraction from food, involving hydrogen-producing and consuming reactions in the human intestine, is described in detail. Short chain fatty acids (SCFAs) are a critical component in this system. During the digestive process, fermentation in the gut breaks down complex organic compounds, producing SCFA and hydrogen. The hydrogen is either excreted in breath or consumed by 3 groups of microorganisms inhabiting the colon: methanogens, acetogens and sulfate reducers.

Research conducted by the authors and others has demonstrated that hydrogen-consuming methanogens appear in greater abundance in obese as opposed to normal weight individuals. Further, the Firmicutes—a form of acetogen—also seem to be linked with obesity. Following fermentation, SCFAs persist in the colon. Greater concentration of SCFAs, especially propionate, were observed in fecal samples from obese as opposed to normal weight children. (SCFAs also behave as signaling molecules, triggering the expression of leptin, which acts as an appetite suppressor.)

While it now seems clear that certain microbial populations help the body process otherwise indigestible carbohydrates and proteins, leading to greater energy extraction and associated weight gain, experimental results have shown some inconsistency. For example, while a number of studies have indicated a greater prevalence of Bacteroidetes in lean individuals and have linked the prevalence of Firmicutes with obesity, the authors stress that many questions remain.

Alterations in gut microbiota are also of crucial concern for the one billion people worldwide who suffer from undernutrition. Illnesses resulting from undernutrition contribute to over half of the global fatalities in children under age 5. Those who do survive undernutrition often experience a range of serious, long-term mental and physical effects. The role of gut microbial diversity among the undernourished has yet to receive the kind of concentrated research effort applied to obesity—a disease which has reached epidemic proportions in the developed world.

Exploiting microbes affecting energy extraction may prove a useful tool for non-surgically addressing obesity as well as treating undernutrition, though more research is needed for a full understanding of regulatory mechanisms governing the delicate interplay between intestinal microbes and their human hosts.

Dr. Krajmalnik-Brown and colleagues at the Biodesign Institute and Mayo Clinic are currently in the second year of an NIH-funded study to better understand the role of the gut microbiome in the success or failure of surgical procedures performed to treat obesity including the Roux-en-Y gastric bypass, adjustable gastric band and vertical sleeve gastrectomy. 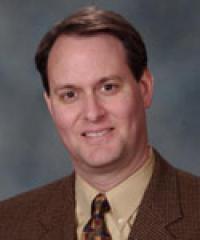