Reducing greenhouse-gas emissions is not enough to limit global warming to a level that wouldn't risk young people's future, according to a new study by a team of scientists who say we need negative emissions. Measures such as reforestation could accomplish much of the needed CO2 removal from the atmosphere, but continued high fossil fuel emissions would demand expensive technological solutions to extract CO2 and prevent dangerous warming. The study is published today in Earth System Dynamics, a journal of the European Geosciences Union.

"Continued high fossil fuel emissions would saddle young people with a massive, expensive cleanup problem and growing deleterious climate impacts, which should provide incentive and obligation for governments to alter energy policies without further delay," says lead-author James Hansen, a professor at the Columbia University Earth Institute in the US, formerly at the NASA Goddard Institute for Space Studies. The team estimates that today's young people may have to spend up to 500 trillion euros on technologies to extract carbon dioxide from the air, if high emissions continue.

In contrast, if rapid phase-down of fossil fuels starts soon, CO2 could be removed from the atmosphere at relatively low cost. Better agricultural and forestry practices, including reforestation and improving soils, would then be able to achieve most of the CO2 extraction needed to prevent global-warming's most dangerous consequences.

Impacts of climate change include more frequent and severe heat waves, storms, floods and droughts, as well as sea-level rise, which could affect millions of people living in coastal areas. "Sea-level rise this century of say half a metre to a metre, which may be inevitable even if emissions decline, would have dire consequences; yet these are dwarfed by the humanitarian and economic disasters that would accompany sea-level rise of several metres," the team writes in their study, which has been peer-reviewed.

"We show that a target of limiting global warming to no more than +2°C relative to pre-industrial levels is not sufficient, as +2°C would be warmer than the Eemian period, when sea level reached +6-9 metres relative to today," says Hansen. The Eemian ended some 115,000 years ago and was a warm period in the Earth's history between two glacial ages.

The danger, according to the Earth System Dynamics study, is that a long-term global average temperature of +2°C - or even of +1.5°C, the other temperature limit discussed in the 2015 Paris Agreement - could spur 'slow' climate feedbacks. In particular, it could lead to partial melting of the ice sheets, which would result in a significant increase in sea-level rise as happened in the Eemian [see note].

The Hansen-led team says that atmospheric CO2 should be reduced to less than 350 parts per million (ppm) from its present level of about 400 ppm. Global average temperature reached +1.3°C above pre-industrial levels in 2016 and will increase at least a few tenths of a degree more during the next few decades because of the delayed response to past increases in CO2 and other gases. Reduction of CO2 below 350 ppm will cause temperature to peak and slowly decrease to about +1°C later this century. This goal requires negative CO2 emissions, that is, extracting CO2 from the air, in addition to rapid phase-down of fossil fuel emissions.

The team estimates that, if we start reducing CO2 emissions in 2021 at a rate of 6% a year, we'd need to also extract about 150 gigatonnes of carbon from the atmosphere by 2100. Most of this, about 100 gigatonnes, could come from improved agricultural and forestry practices alone. These measures can be relatively inexpensive and have added benefits such as improved soil fertility and forest products.

The technology receiving the most attention is bioenergy with carbon capture and storage. Crops and trees extract CO2 from the air as they grow, so if they are used as fuel and the CO2 is captured and stored in geological formations under impermeable rock, negative emission occurs. The team estimates that the total cost of this technology could be up to 500 trillion euros, or about 535 US dollars. They also point out that extraction technologies have "large risks and uncertain feasibility".

"It is apparent that governments are leaving this problem on the shoulders of young people. This will not be easy or inexpensive," says Hansen.

The Earth System Dynamics study is part of the scientific basis for legal action in the Juliana et al. vs United States case, a lawsuit filed by 21 young people against the US government for violating their constitutional rights to life, liberty and property by failing to protect them against climate change.

"We wanted to quantify the burden that is being left for young people, to support not only the legal case against the US government, but also many other cases that can be brought against other governments," says Hansen.

Please mention the name of the publication (Earth System Dynamics) if reporting on this story and, if reporting online, include a link to the paper or to the journal website.

The melting of sea ice due to high temperatures, reduces the icy, bright area that can reflect sunlight back out into space, resulting in more solar radiation being absorbed by the dark ocean waters. This, in turn, makes the planet warmer overall, causing even more ice to melt: a positive climate feedback. If enough ice melts, the Earth's surface could absorb enough heat to hit a point of no return, shrinking the ice sheets and dangerously increasing sea-level rise.

Removing CO2 from the air required to safeguard children's future 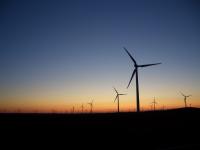