Two closely related viruses that have been introduced to northern Spain in recent years have already led to the collapse of three different species of amphibian—the common midwife toad, the common toad, and the alpine newt—in the protected area of Picos de Europa (literally "Peaks of Europe") National Park. In all, six amphibian species have suffered from severe disease and mass mortality as a result of the outbreak, and researchers who report their findings in the Cell Press journal Current Biology on October 16 say that the viruses appear to be on the move.

Preliminary evidence shows that related ranaviruses are emerging in other parts of Europe, which surely means more bad news for amphibians ahead.

"The capacity of these viruses to infect multiple species means that there is the possibility that some host populations may be extirpated due to infection," says Stephen Price, now of UCL. "Pathogens that can exploit more than one host simultaneously are able to persist even when one host drops to low numbers, and eventually zero, because there is another susceptible host available."

In one instance observed by the researchers, a snake even became sick and died after feeding on an infected amphibian. The viruses in question belong to the family Iridoviridae. They have been known to cause disease in fish and reptiles but have also been noted for their ability to sicken and kill amphibians in the Americas, Europe, Asia, and Australia. The new study is the first to document the deadly infection striking multiple amphibian species at once with such serious impact.

Price's coauthor Amparo Mora-Cabello de Alba, a biologist in the national park, and her colleagues grew alarmed after witnessing the first mass mortality events in 2005. The illness produces systemic hemorrhaging, open sores, and the death of limb tissues. Park staff contacted Jaime Bosch of Madrid's Museo Nacional de Ciencias Naturales, an expert in frogs and toads, and together the team began careful monitoring of the park's amphibians.

Worryingly, the species declines observed in the park have shown no sign of rebound, and, in some locations, species have been all but lost. "Our work reveals a group of pathogens that seem to have preexisting capacity to infect and evade immunity in multiple diverse and novel hosts, and that are exerting massive impacts on host communities," the researchers write. 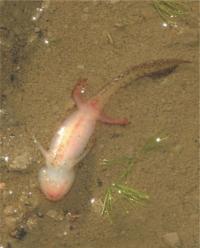 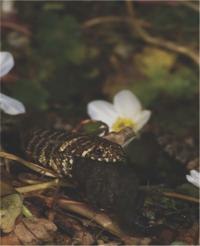