Researchers from the British Antarctic Survey and University of Reading report in the Cell Press journal Current Biology on March 17 that Antarctic mosses can essentially come back to life after 1,500 completely inactive years under the ice.

Prior to this finding, direct regeneration from frozen plant material had been demonstrated after 20 years at most. Beyond that, only microbes had been shown to be capable of revival after so many years on hold.

"These mosses were basically in a very long-term deep freeze," says Peter Convey of the British Antarctic Survey. "This timescale of survival and recovery is much, much longer than anything reported for them before."

The findings in mosses have special relevance for Antarctic ecosystems and climate, Convey adds, because mosses are primary producers on land in both northern and southern polar regions. In the north in particular, mosses are responsible for storing most of the fixed carbon. If mosses can survive in this way for such long periods of time, then regrowth once the ice retreats wouldn't require long-distance, transoceanic colonization events.

Convey and his colleagues primarily study polar moss cores because they provide a novel archive of past climate conditions. The researchers use them to assess growth rates over time and as proxies to reconstruct aspects of the environment and environmental change over time. The oldest moss banks of the type under study in the Antarctic date back 5,000 to 6,000 years. The one the researchers focused on in the current work is nearly 2,000 years old at its base.

In the beginning, the researchers weren't sure that mosses frozen for more than a decade or two would remain viable. When they began to see the 1,500-year-old mosses start to regrow, it came as a real surprise.

As it happened, getting them to grow didn't even take any coaxing. "We actually did very little other than slice the moss core very carefully," Convey says, adding that they also make sure not to accidentally get any other life forms in the mix. They placed the sliced and seemingly lifeless mosses in an incubator environment at a normal growth temperature and light level, and voila, new shoots of the parent species began to appear.

While 1,500 years on ice is impressive to say the least, the findings suggest that it may be possible for mosses to persist for even longer.

"The potential clearly exists for much longer survival—although viability between successive interglacials would require a period of at least tens of thousands of years," the researchers write. "Such a possibility provides an entirely new survival mechanism and a refugium for a major element of the polar terrestrial biota." 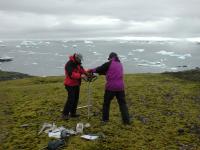 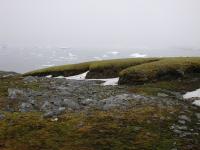