Disruptive noise is almost everywhere, from people talking in the office corridor to road construction down the street to the neighbor's lawn mower. Research being conducted at the University of Illinois' Coordinated Science Laboratory is looking to improve this noisy frustration.

Current noise cancelling technology comes in the form of headphones and earbuds. To cancel noise, these headphones emit an anti-noise signal to contrast the external sounds. The time available for the headphones to produce this anti-noise signal is extremely short. This results in some noise getting through, which is why all these devices must cover the entire ear with noise-canceling material. However, wearing such ear-blocking devices for long periods of time is not comfortable, and can even be harmful.

"Our goal is to not block the ear canal," said Sheng Shen, lead author and a Ph.D. candidate in the Coordinated Science Laboratory and Dept. of Electrical and Computer Engineering (ECE). "We envision a behind-the-ear device that still achieves noise cancellation as good as the best headphones or earbuds available today."

The main idea behind this research involves combining wireless IoT networks with noise cancellation. A microphone is placed in the environment that senses sounds and sends them over wireless signals to an earpiece. Since wireless signals travel a million times faster than sound, the earphone can receive the sound information much faster than the actual sound itself.

"This is similar to lightning and thunder -- the lightning arrives much before the thunder, allowing people to prepare for the loud rumble," said Shen's advisor, Romit Roy Choudhury, an ECE Professor. "Similarly, our ear device gets the sound information in advance, and has much more time to produce a better anti-noise signal."

The figure below (and the attached video) shows an example of how this technology would work. The person who wants to cancel noise (Alice) would place the IoT microphone away from her, say on her office door. The noise from her coworkers' conversation in the hallway is picked up by this IoT device and transmitted to Alice's earpiece over a wireless connection. The actual sound arrives at the earpiece later, and because of this lead time, the noise can be fully canceled. As a result, it is no longer necessary to block the ear canal.

There are however, a few limitations. The IoT microphone needs to be between the noise source and Alice. If noise is coming at her from all directions, a couple more IoT devices would need to be placed around her. In tests conducted during the research, the device designed by Shen and Choudhury's group outperformed a leading headphone in overall noise cancellation and was rated better by the human participants.

When asked about the potential privacy concerns involved with the device, Shen nullified some of the most common fears.

"The most common privacy concern is that the device will secretly record someone's voice," Shen said. "This device is analog, so it has no capacity to record the sound. The moment the device hears the sound it is sent out wirelessly."

This differentiation is what separates Shen's device from many IoT devices commonly used today, such as Amazon Echo and Google Home, which must record voice samples in order to operate.

Shen and his colleagues are already receiving attention for their work. The research paper about the project was recently selected for presentation at the upcoming Association for Computing Machinery Special Interest Group on Data Communication (ACM SIGCOMM) Conference which takes place in Budapest, Hungary, in late August. The conference brings together global researchers across the field of computer networking and communications.

"This is bound to change the way we think of noise cancellation, where networks of IoT sensors coordinate to enable quieter and more comfortable environments," said ECE Assistant Professor Haitham Hassanieh, who is a co-author on this paper. Other co-authors include Nirupam Roy and Junfeng Guan, both ECE Ph.D. students at the University of Illinois Urbana-Champaign.

Looking forward, the team would like to expand the use of their device to provide noise cancellation for more than one individual at a time and make the wearable device even lighter for continuous use. 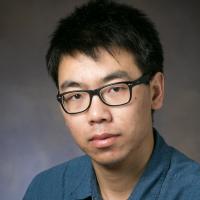