The environmental impact of hydropower generation in the Amazon may be greater than predicted, according to new University of Stirling research.

The study suggests that estimates of biodiversity and carbon losses associated with tropical hydropower may be higher than estimated as they fail to consider the full impact of forest fragmentation.

Lianas can kill trees or prevent them from growing as they both compete for vital resources such as water and light. In some areas, lianas outnumber trees - causing the growth of low biomass liana-dominated forests. Such a transformation results in sources of food for animals to change or disappear completely, while the ability of the forest to uptake and store carbon - vital for maintaining the global carbon balance - is reduced.

The liana to tree ratio is tipped in favour of the woody vines when tropical forests are disturbed - for example, by fragmentation where continuous forest is split into smaller pieces for agriculture or other land uses - because lianas are well-adapted for those environmental conditions.

Hydropower generation in Amazonia is another cause of fragmentation with large swathes of forests left flooded when dams are closed, transforming former hilltops into islands.

It is known that forest islands lose biomass due to reduced habitat area, however, the new study reveals for the first time that a dam-induced landscape can result in lianas dominating the tree population, as witnessed in other disturbed tropical forest systems.

Dr Jones said: "If lianas are being favoured in this dam-induced landscape, then the biodiversity and carbon losses associated with tropical hydropower could be greater than expected. This is due to the potential increased loss of tree biomass, due to liana-tree competition, as lianas have lower biomass relative to trees.

"Therefore, a shift towards liana-dominated forest on tropical reservoir islands may result in even more biodiversity and carbon losses for already controversial tropical dams.

"These issues identified in this study should be accounted for in the carbon cost and benefit decision-making process of whether to construct new dams in Amazonia."

Dr Jones' team conducted field surveys of lianas and trees, surveying a total of 89 forest plots across 36 islands of different sizes and in continuous forests surrounding the reservoir.

The scientists - including experts from the University of East Anglia in Norwich, Universidade Estadual de Santa Cruz in Brazil and the Smithsonian Tropical Research Institute in Panama - found that a greater number of lianas are starting to grow than trees in the most disturbed islands.

In addition, they discovered that liana communities remain compositionally intact regardless of whether they are in a forest or on a disturbed island. This robustness in a dam-induced habitat is particularly significant as trees rapidly degrade in such an environment, they said.

"At present, islands are not included in environmental impact assessments, which causes a significant underestimation of the negative impacts of tropical dams," Dr Jones continued.

"Given that Brazil alone has plans for several new mega-dams, which will flood vast areas of highly diverse tropical forests, it is important that the total area of islands should be included in calculations considering the habitat impacted by dam creation."

She added: "Our research highlights yet another way that tropical dams can result in long-term carbon emissions and damage to globally important ecosystems."

The study, Woody lianas increase in dominance and maintain compositional integrity across an Amazonian dam-induced fragmented landscape, which was part funded through a research grant from the Carnegie Trust, has been published in PLOS ONE journal. 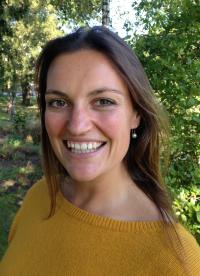 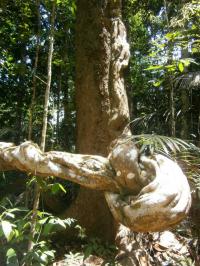