Emissions of methane--a potent climate-warming gas--may be roughly twice as high as officially estimated for the San Francisco Bay Area. Most of the emissions come from biological sources, such as landfills, but natural gas leakage is also an important source, according to a new study from the Department of Energy's Lawrence Berkeley National Laboratory (Berkeley Lab).

The report by researchers Seongeun Jeong and Marc Fischer is the first to quantify the relative contributions of various sources to methane emissions. Their paper, "Estimating methane emissions from biological and fossil-fuel sources in the San Francisco Bay Area," was recently published online in the journal Geophysical Research Letters. They worked with collaborators at UC Irvine, the National Oceanic and Atmospheric Administration, the Bay Area Air Quality Management District (BAAQMD), Sandia National Laboratories, and San Jose State University.

"This study, along with a few others we've published recently, quantifies greenhouse gas emissions from multiple source sectors in a way that will both enable evaluation of AB32 (the California Global Warming Solutions Act) and help guide efforts to mitigate emissions in the future," Fischer said.

Their study found methane emissions are about 1.8 times what the BAAQMD has estimated. In statistical parlance, their results had a 95 percent confidence level that methane emissions are 1.3 to 2.3 times the inventory. They further found that about 82 percent is from biological sources--most likely from landfills--and 17 percent from fossil fuel sources. Their results were obtained by combining measurements of air samples from six towers in and around the Bay Area with calculations based on atmospheric transport models.

Methane is a short-lived greenhouse gas that traps about 83 times more heat than carbon dioxide per unit mass when averaged over a 20-year timescale. It stays in the atmosphere for about 10 years, whereas carbon dioxide may stay in the atmosphere for more than 100 years. The primary man-made sources of methane are fossil fuels (natural gas and petroleum), livestock, landfills, and wastewater. There are also natural sources, such as wetlands.

At the statewide scale, the California Air Resources Board (CARB) estimates that the majority of California's methane emissions occur in the Central Valley. However, the authors note that "increasing evidence suggests that California's large metropolitan regions constitute another important component of the state's anthropogenic methane budget ... [and] that identifying methane emission sources is important at the sub-regional or city scale for mitigation planning."

The nine-county San Francisco Bay Area accounts for about 10 percent of the state's methane emissions. "We wanted to know the emissions contribution from urban natural gas infrastructure, so we picked the Bay Area because it doesn't have significant petroleum production," said Jeong.

To differentiate and quantify the sources of the methane emissions, Fischer and Jeong measured levels of several different volatile organic compounds. "We used measurements of light alkanes--specifically ethane, pentane, and an aromatic called toluene--to estimate in a quantitative fashion how much fossil methane was being emitted, because biological sources do not emit any appreciable ethane or pentane or toluene," Fischer said. "By using several different tracers, we're able to say how much of the methane emissions are due to natural gas, and how much is petroleum."

Natural gas may be leaking anywhere along the transmission and distribution network, from pipes and fittings to the gas meter at your home or business. The Berkeley Lab study found that total methane emissions due to natural gas are between 0.3 and 0.5 percent of total natural gas consumption in the Bay Area.

"That's lower than what was estimated for the South Coast Air Basin?though the emissions in Los Angeles are highly uncertain due to the presence of other sources?and enormously lower than work that was done in Boston, which is a much older city," Jeong said.

For the biological sources, landfills are the main source since the Bay Area has very little livestock. "You have millions of people disposing of organic matter, and landfills are not perfectly mitigated," Fischer said.

The good news is that this finding underscores the significance of building methane recovery systems to generate electricity. "This has an important implication for the adoption of landfill methane as a non-fossil energy resource," Fischer noted.

This new Bay Area study is consistent with previous analyses by Fischer and Jeong, including an extensive study published last November in the Journal of Geophysical Research on the state's methane emissions that now forms the basis for CARB's official assessment.

They also contributed to two other recent papers on methane, one that used air samples gathered by aircraft instead of from a tower and which had consistent results, and another that used a bottom-up approach to predict the spatial distribution of methane emissions for the continental United States.

California's climate goals are set out in AB32 and a 2005 Executive Order. The state aims to reduce greenhouse gas emissions to 1990 levels by 2020--a reduction of approximately 30 percent--and then an 80 percent reduction below 1990 levels by 2050. While carbon dioxide is by far the more prevalent climate-warming gas, methane accounts for a nontrivial portion.

"We believe methane is 10 to 15 percent of California's total greenhouse gas emissions on a 100-year timescale," Fischer said. "If we are to reduce total emissions by 80 percent in 2050, we would have a very much harder time doing that if we don't also reduce methane."

Bay Area methane emissions may be double what we thought 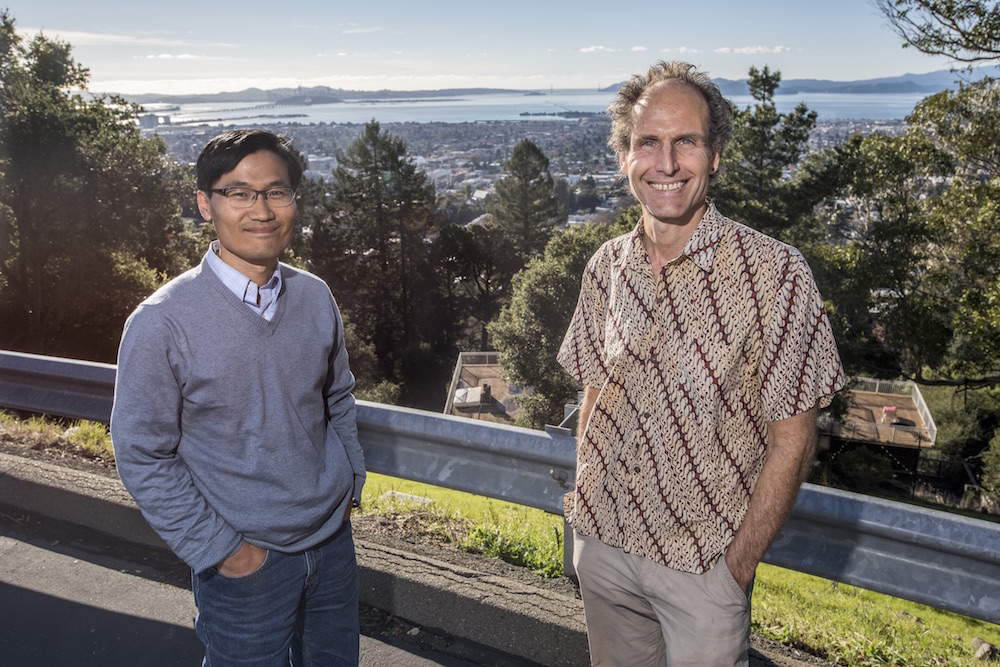