COLUMBIA, Mo. — A family of proteins that promotes virus entry into cells also has the ability to block the release of HIV and other viruses, University of Missouri researchers have found.

"This is a surprising finding that provides new insights into our understanding of not only HIV infection, but also that of Ebola and other viruses," said Shan-Lu Liu, M.D., Ph.D., associate professor in the MU School of Medicine's Department of Molecular Microbiology and Immunology.

The study was recently published in the Proceedings of the National Academy of Sciences. Liu, the corresponding author of the study, is also an investigator with the Christopher S. Bond Life Sciences Center at MU.

According to estimates from the Centers for Disease Control and Prevention, more than one million Americans currently are living with HIV infection. AIDS, which stands for acquired immunodeficiency syndrome, is a condition characterized by progressive failure of the immune system. It is caused by the human immunodeficiency virus type 1 (HIV-1).

When HIV-1 or any virus infects a cell, it replicates and spreads to other cells. One type of cellular protein — T cell immunoglobulin and mucin domain, or TIM-1 — has previously been shown to promote entry of some highly pathogenic viruses into host cells. Now, the MU researchers have found that the same protein possesses a unique ability to block the release of HIV-1 and Ebola virus.

"This study shows that TIM proteins keep viral particles from being released by the infected cell and instead keep them tethered to the cell surface," said Gordon Freeman, Ph.D., an associate professor of medicine with Harvard Medical School's Dana-Farber Cancer Institute, who was not affiliated with the study. "This is true for several important enveloped viruses including HIV and Ebola. We may be able to use this insight to slow the production of these viruses."

Under the supervision of Liu, Minghua Li, a graduate student in the MU Pathobiology Area Program, performed a series of experiments that revealed the protein's ability to inhibit HIV-1 release, resulting in diminished viral production and replication.

HIV-1 attacks cells that are vital to the body's immune system, such as T cells. These white blood cells play an important role in the body's response to infection, but HIV-1 disrupts the cells' ability to fight back against infection. When the virus enters a host cell, it infects the cell and replicates, producing viral particles that spread to and infect other cells. The researchers found that as the viral particles attempt to bud from, or leave, the infected cell, the TIM-family proteins located on the surface of the cell can attach to lipids on the surface of the viral particle.

These lipids — known as phosphatidylserine (PS) — are normally present on the inner side of the cellular membrane but can be exposed to the outer side upon viral infection. When the TIM-family proteins come in contact with PS, the viral particle becomes attached to the host cell, keeping the particle from being released from the cell. Because TIM-family proteins and PS are present on the surface of the cell and the viral particle, the viral particles get stuck to one another, forming a network of viral particles that accumulate on the surface of the host cell, rather than being released to infect other cells.

By using molecular, biochemical and electron microscopic approaches, the researchers observed the TIM and PS interactions in human cells. The next step is for the researchers to study the biological significance of TIM-family proteins in animals and patients and to determine the fate of the infected cell once it accumulates a buildup of viral particles.

"We are not at the point to draw a conclusion as to whether this is a positive or a negative factor," Liu said. "However, this discovery furthers our ultimate goal of understanding the biology of TIM-family proteins and potentially developing applications for future antivirus therapies."

About the Christopher S. Bond Life Sciences Center at MU

The Bond Life Sciences Center at MU is all about the synergy of teamwork — with internationally recognized research teams working 24/7 to solve problems related to the human, natural and managed biological systems that underlie our quality of life — and translating that understanding into social and economic impact. The center's innovative culture enables its 30-plus faculty investigators from 12 academic units to form unique collaborations rarely seen on college campuses. 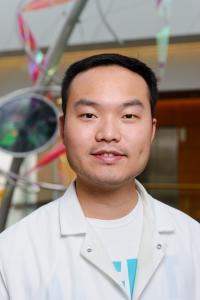 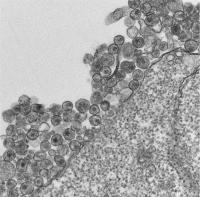