Luxembourg, 28 February 2019 – Scientists from the Luxembourg Centre for Systems Biomedicine (LCSB) of the University of Luxembourg and from the German Cancer Research Center (DKFZ) have been able to rejuvenate stem cells in the brain of aging mice. The revitalised stem cells improve the regeneration of injured or diseased areas in the brain of old mice. The researchers expect that their approach will provide fresh impetus in regenerative medicine and facilitate the development of stem cell therapies.

Their results were published today in the journal Cell (DOI: https://doi.org/10.1016/j.cell.2019.01.040). All cells making up our organs originate from stem cells. They divide and the resulting cells develop into specific tissue cells, forming the brain, lungs or bone marrow. With age, however, the stem cells of living organisms lose their ability to proliferate. Many of them lapse into a permanent state of quiescence.

In order to create as accurate as possible computational models of stem cell behaviour, the LCSB’s Computational Biology Group led by Prof. Antonio del Sol applied a novel approach. “Stem cells live in a niche where they constantly interact with other cells and extra-cellular components. It is extremely difficult to model such a plethora of complex molecular interactions on the computer. So we shifted perspective. We stopped thinking about what external factors were affecting the stem cells, and started thinking about what the internal state of a stem cell would be like in its precisely defined niche.”

The novel approach led to in a new computational model developed by Dr. Srikanth Ravichandran of the Computational Biology Group: “Our model can determine which proteins are responsible for the functional state of a given stem cell in its niche – meaning whether it will divide or remain in a state of quiescence. Our model relies on the information about which genes are being transcribed. Modern cell biology technologies enable profiling of gene expression at single cell resolution.”

It was previously unknown why most of the stem cells in the brain of old mice remain in a state of quiescence. From their computational model, the researchers at the LCSB identified a molecule called sFRP5 that keeps the neuronal stem cells inactive in old mice, and prevents proliferation by blocking the Wnt pathway crucial for cell differentiation.

A rejuvenation for cells

Then the long-standing expertise in neural stem cells of the collaborators at the German Cancer Research Center (DKFZ) came in: Studying stem cells first in a dish and then later directly in mice, they could experimentally validate the computational prediction. When neutralising the action of sFRP5, the quiescent stem cells did indeed start proliferating more actively. Thus, they were available again to be recruited for the regeneration processes in the aging brain. “With the deactivation of sFRP5, the cells undergo a kind of rejuvenation,” del Sol says: “As a result, the ratio of active to dormant stem cells in the brain of old mice becomes almost as favourable as in young animals.”

“Our results constitute an important step towards the implementation of stem cell-based therapies, for instance for neurodegenerative diseases,” Antonio del Sol says. “We were able to show that, with computational models, it is possible to identify the essential features that are characteristic of a specific state of stem cells.” This approach is not limited to studying the brain. It can also be used to model stem cells of other organs in the body. “The hope is that this will open avenues for regenerative medicine,” says del Sol.

Discover how we do stem cell research at the LCSB in our video.

The LCSB is an interdisciplinary research institute at the University of Luxembourg. LCSB scientists are accelerating biomedical research by closing the link between systems biology and medical research. Collaboration between biologists, medical doctors, computer scientists, physicists, engineers and mathematicians is offering new insights into complex systems like biological cells, organs, and organisms. The above-mentioned study is an example of how interdisciplinary research computational scientists and biologist advances our understanding of principal biological mechanisms and opens new avenues for developing novel therapeutic approaches.

Neurodegenerative diseases like Parkinson’s disease and the description of diseases as complex networks are at the focus of research at the LCSB. The Centre has established strategic partnerships with leading biomedical laboratories worldwide and with all major biological and medical research units in Luxembourg. The LCSB fosters collaboration with industrial partners and promotes the translation of fundamental research results into clinical applications.

Scientists rejuvenate stem cells in the aging brain of mice 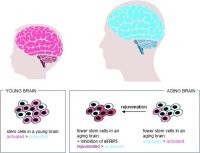 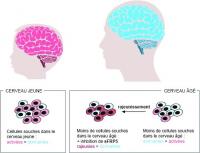