NEW YORK – Maintaining blood sugar levels, even in the absence of disease, may be an important strategy for preserving cognitive health, suggests a study published by researchers at Columbia University Medical Center (CUMC). The study appeared in the December issue of Annals of Neurology.

Senior moments, also dubbed by New York Times Op-Ed columnist David Brooks as being "hippocampically challenged," are a normal part of aging. Such lapses in memory, according to this new research, could be blamed, at least in part, on rising blood glucose levels as we age. The findings suggest that exercising to improve blood sugar levels could be a way for some people to stave off the normal cognitive decline that comes with age.

"This is news even for people without diabetes since blood glucose levels tend to rise as we grow older. Whether through physical exercise, diet or drugs, our research suggests that improving glucose metabolism could help some of us avert the cognitive slide that occurs in many of us as we age," reported lead investigator Scott A. Small, M.D., associate professor of neurology in the Sergievsky Center and in the Taub Institute for Research on Alzheimer's Disease and the Aging Brain at Columbia University Medical Center.

Although it is widely known that the early stages of Alzheimer's disease cause damage to the hippocampus, the area of the brain essential for memory and learning, studies have suggested that it is also vulnerable to normal aging. Until now, the underlying causes of age-related hippocampal dysfunction have remained largely unknown.

Previously, using high-resolution brain imaging, Dr. Small and his colleagues discovered that decreasing brain function in one area of the hippocampus, called the dentate gyrus, is a main contributor of normal decline in memory as we age.

In this new study, funded by the National Institute on Aging (NIA), the American Diabetes Association and the McKnight Brain Research Foundation, the researchers mapped out the specific areas of the hippocampus impacted by late-life diseases like diabetes and stroke.

"This research used imaging in both human volunteers and in animal models to help us better understand the basic mechanisms behind hippocampal dysfunction in the aged," said Dr. Marcelle Morrison-Bogorad, NIA Division of Neuroscience director. "While more research is needed into the complex interaction of late-life disease and how it may affect the hippocampus, this new study is part of an ongoing effort to identify specific areas where interventions might preserve cognitive health."

This new study looked at measures that typically change during aging, like rising blood sugar, body mass index, cholesterol and insulin levels. The research found that decreasing activity in the dentate gyrus only correlated with levels of blood glucose.

"Showing for the first time that blood glucose selectively targets the dentate gyrus is not only our most conclusive finding, but it is the most important for 'normal' aging- that is hippocampal dysfunction that occurs in the absence of any disease states. There have been many proposed reasons for age-related hippocampal decline; this new study suggests that we may now know one of them," said Dr. Small.

Additional animal studies helped confirm the relationship between glucose and dentate gyrus activity; the researchers found the same association in aging rhesus monkeys and in mice.

"Beyond the obvious conclusion that preventing late-life disease would benefit the aging hippocampus, our findings suggest that maintaining blood sugar levels, even in the absence of diabetes, could help maintain aspects of cognitive health. More specifically, our findings predict that any intervention that causes a decrease in blood glucose should increase dentate gyrus function and would therefore be cognitively beneficial," said Dr. Small.

The new findings also suggest that one way in which physical exercise could improve memory is via lowering glucose levels. Dr. Small's previous imaging studies in humans and in mice have documented that among all hippocampal subregions, physical exercise causes an improvement in dentate gyrus function.

With increasing longevity and the aging of the baby boom population, cognitive decline has emerged as a major health care crisis and concern.

This study was built upon an extensive, ongoing epidemiological imaging study -- under the direction of Richard Mayeux, M.D., M.S.-- that evaluated 240 healthy elders in Manhattan. Dr. Mayeux is professor of neurology, psychiatry, and epidemiology and co-director of the Taub Institute for Research on Alzheimer's Disease and the Aging Brain at CUMC.

Dr. Small led a team of investigators who published the first article using fMRI to investigate Alzheimer's disease and memory decline in the aging population. More recently, Dr. Small has pioneered a novel high-resolution application of fMRI, which can be used to investigate physiologic dysfunction in both mouse models of disease and in human patients. By being able to investigate patients and animal models in parallel studies, this new application will help researchers learn more about diseases of the brain.

The Taub Institute for Research on Alzheimer's Disease and the Aging Brain at Columbia University Medical Center is a multidisciplinary group that has forged links between researchers and clinicians to uncover the causes of Alzheimer's, Parkinson's and other age-related brain diseases and discover ways to prevent and cure these diseases. It has partnered with the Gertrude H. Sergievsky Center at Columbia University Medical Center which was established by an endowment in 1977 to focus on diseases of the nervous system. The Center integrates traditional epidemiology with genetic analysis and clinical investigation to explore all phases of diseases of the nervous system. For more information about these centers visit: http://www.cumc.columbia.edu/dept/taub/ http://www.cumc.columbia.edu/dept/sergievsky/

Columbia University Medical Center provides international leadership in basic, pre-clinical and clinical research, in medical and health sciences education, and in patient care. The medical center trains future leaders and includes the dedicated work of many physicians, scientists, public health professionals, dentists, and nurses at the College of Physicians and Surgeons, the Mailman School of Public Health, the College of Dental Medicine, the School of Nursing, the biomedical departments of the Graduate School of Arts and Sciences, and allied research centers and institutions. Established in 1767, Columbia's College of Physicians and Surgeons was the first institution in the country to grant the M.D. degree and is among the most selective medical schools in the country. Columbia University Medical Center is home to the largest medical research enterprise in New York City and state and one of the largest in the United States. For more information, please visit www.cumc.columbia.edu. 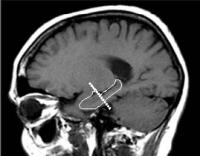 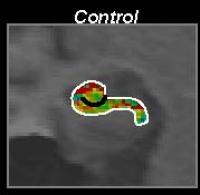