WASHINGTON - Human airways already demonstrate gender-based differences in DNA methylation signatures at birth, providing an early hint of which infants may be predisposed to develop respiratory disorders like asthma later in life, a research team reports in a paper published online April 3, 2018, in Scientific Reports.

It's clear that boys and young men are more likely to develop neonatal respiratory distress syndrome, bronchopulmonary dysplasia, viral bronchiolitis, pneumonia, croup and childhood asthma. Unlike boys, girls have an additional copy of the X chromosome, which is enriched with immune-related genes, some of which play key roles in the development of respiratory conditions. Methylation prevents excessive gene activity in X-linked genes, however much remains unknown about how this process influences infants' risk of developing airway diseases.

"It's clear as we round in the neonatal intensive care unit that baby boys remain hospitalized longer than girls and that respiratory ailments are quite common. Our work provides new insights about gender differences in airway disease risk that are pre-determined by genetics," says Gustavo Nino, M.D., a Children's pulmonologist and the study's senior author.

"Characterizing early airway methylation signatures holds the promise of clarifying the nature of gender-based disparities in respiratory disorders and could usher in more personalized diagnostic and therapeutic approaches."

The research team enrolled 12 newborns and infants in the study and obtained their nasal wash samples. Six of the infants were born preterm, and six were born full term. The researchers developed a robust gender classification algorithm to generate DNA methylation signals. The machine learning algorithm identified X-linked genes with significant differences in methylation patterns in boys, compared with girls.

As a comparison group, they retrieved pediatric nasal airway epithelial cultures from a study that looked at genomic DNA methylation patterns and gene expression in 36 children with persistent atopic asthma compared with 36 heathy children.

The team went on to classify X-linked genes that had significant gender-based X methylation and those genes whose X methylation was variable.

"These results confirm that the X chromosome contains crucial information about gender-related genetic differences in different airway tissues," Dr. Nino says. "More detailed knowledge of the genetic basis for gender differences in the respiratory system may help to predict, prevent and treat respiratory disorders that can affect patients over their entire lifetimes." 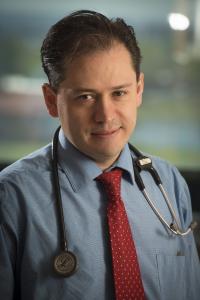