Despite global efforts to increase the area of the ocean that is protected, only four per cent of it lies within marine protected areas (MPAs), according to a University of British Columbia study.

UBC Institute for Ocean and Fisheries researchers found that major swaths of the ocean must still be protected to reach even the most basic global targets.

In 2010, representatives from nearly 200 countries met in Nagoya, Japan, and adopted the United Nations' Aichi Targets, in a bid to stem the rapid loss of biodiversity. The countries committed to protecting at least 10 per cent of the ocean by 2020.

"The targets call for much more than just 10 per cent protection," said lead author Lisa Boonzaier. "They require that protected areas be effectively and equitably managed, ecologically representative and well-connected, all of which will help to ensure that MPAs contribute to more than percentage targets and meet the goal of conserving biodiversity."

Boonzaier believes that not only do countries need to create more MPAs, they need to improve the protection they afford biodiversity by making a greater percentage of them no-take and enforcing them as such.

However, the past decade has seen improvement. In 2006, only an estimated 0.65 per cent of the ocean was protected.

"Given the creation of very large marine protected areas in recent years, notably though the Global Ocean Legacy Project of the Pew Charitable Trusts, there is a chance that the Aichi Targets can be reached, which would be a major achievement," said co-author Daniel Pauly, a professor at the Institute for Ocean and Fisheries.

The research is published in the journal Oryx: http://journals.cambridge.org/action/displayIssue?jid=ORX&tab=firstview

Only 4 percent of the ocean is protected: UBC research 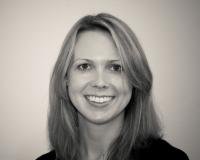