Researchers used the system to identify dozens of DNA regulatory elements that act together to orchestrate the switch from fetal to adult hemoglobin expression. The method can also be used to study other diseases that involve gene regulation.

Regulatory elements, also called genetic switches, are scattered throughout non-coding regions of DNA. These regions do not encode genes and make up about 98% of the genome. The elements have a variety of names--enhancer, repressor, insulator and more--but the specific genes they regulate, how the regulatory elements act together, and answers to other questions have been unclear.

"For example, despite decades of research, fewer than half of regulatory elements and the associated genetic variants that account for fetal hemoglobin levels have been identified," Cheng said.

The new system combines bioinformatic prediction algorithms and an adenine base editing tool with tests to measure how base gene editing affects gene expression. Base editing works more precisely than conventional gene-editing tools such as CRISPR/Cas9, by changing a single letter in the four-letter DNA alphabet at high efficiency without creating larger insertions or deletions.

Researchers used the base editor ABEmax to make 10,156 specific edits in 307 regulatory elements that were predicted to affect fetal hemoglobin expression. The expression can modify the severity of hemoglobin disorders such as sickle cell disease. The edits changed the DNA bases adenine and thymine to guanine and cytosine. The study focused on regulatory elements in the genes BCL11A, MYB-HBS1L, KLF1 and beta-like globin genes.

Using this approach, the scientists validated the few known regulatory elements of fetal hemoglobin expression and identified many new ones. 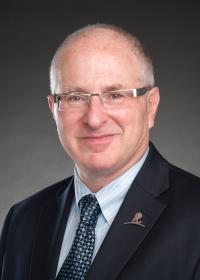