AMES, Iowa - Narratives are a powerful tool that can help explain complex issues, but they can also serve as sources of misinformation, which presents a challenge as public health agencies work to educate people about COVID-19 vaccine.

In a paper published by the Proceedings of the National Academy of Sciences, author Michael Dahlstrom, a professor and director of Iowa State University's Greenlee School of Journalism and Mass Communication, examined how narratives or storytelling can help counter misinformation and provide a connection between science and the human experience. Dahlstrom says simply presenting the facts, without some connection, may not help people make informed decisions.

"If the person doesn't have the context, background or experience to connect facts in accurate ways, you're basically giving them puzzle pieces that might not fit together and then expecting them to make a clear picture," he said. "In science, which is often complicated, it can be helpful to present the facts and show how they connect, so people see the broader landscape in an accurate way to make a decision."

That's important because narratives often have a disproportionate influence on attitudes and behaviors, when contrasted with scientific information. This is true whether the narrative is about vaccines, climate change or any other topic. Dahlstrom says we are hardwired to make sense of the world around us, and stories are the primary structure we use to make those connections.

For example, a story about how the COVID-19 vaccine is allowing families to reconnect after months apart is more persuasive and compelling than explaining how the vaccine works and its efficacy, Dahlstrom said. However, he cautions that stories won't always have an impact. On controversial issues, there will be people on both extremes who align with stories that confirm what they believe and attack stories counter to their beliefs.

As Dahlstrom explained in the paper, research has shown that audiences have a difficult time identifying errors in narratives and will generally accept those errors as fact. Even when people know a story is misleading or incorrect, they still tend to believe it, rather than disregard. That is why presenting an equally compelling narrative may be more effective than trying to counter that misinformation with facts alone.

"Narratives can be the cause and remedy of scientific misinformation. It really depends on how the narrator incorporates science in the message. Taking the facts and connecting them in a way that show human experiences add up over time," Dahlstrom said. "The connections built by stories tend to embed themselves into the connections you've already made in your head. They are then deeply connected to other experiences, which is why they're powerful."

Dahlstrom says one final takeaway is that stories or narratives are not anti-science, which is often the perception of scientists. It's how the author crafts the story or uses the narrative that is often the problem. 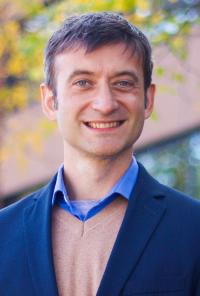