DALLAS - March 10, 2021 - UT Southwestern scientists have identified key genes involved in brain waves that are pivotal for encoding memories. The findings, published online this week in Nature Neuroscience, could eventually be used to develop novel therapies for people with memory loss disorders such as Alzheimer's disease and other forms of dementia.

"There's a famous saying for 100 years in neuroscience: Neurons that fire together will wire together," says Lega. "We know that cells involved in learning fire in groups and form new connections because of the influence of these oscillations. But how genes regulate this process in people is completely unknown."

Lega and Konopka, both members of the Peter O'Donnell Jr. Brain Institute, collaborated on a previous study to explore this question, collecting data on neural oscillations from volunteers and using statistical methods to connect this information to data on gene activity collected from postmortem brains. Although these results identified a promising list of genes, Konopka says, there was a significant shortcoming in the research: The oscillation and genetic data came from different sets of individuals.

More recently, the duo capitalized on an unprecedented opportunity - performing a similar study on patients undergoing surgeries in which damaged parts of their brains were removed to help control their epilepsy.

The researchers worked with 16 volunteers from UT Southwestern's Epilepsy Monitoring Unit, where epilepsy patients stay for several days before having surgery to remove the damaged parts of their brains that spark seizures. Electrodes implanted in these patients' brains over this time not only help their surgeons precisely identify the focus of the seizure, Lega says, but can also provide valuable information on the brain's inner workings.

While recording the electrical activity in the brains of 16 volunteers, the researchers had them do "free recall" tasks that involved reading a list of 12 words, doing a short math problem to distract them, and then recalling as many words as possible. As these patients were memorizing the word lists, their brain waves were recorded, creating a dataset that differed slightly from person to person.

About six weeks later, each volunteer underwent a temporal lobectomy - removal of the brain's temporal lobe - to cure their seizures. This area frequently serves as an originator of epileptic seizures and is also important for memory formation. Within five minutes of the surgery, the damaged brain tissue was sent for processing to assess genetic activity.

Konopka's team first performed whole RNA sequencing, a technique that identifies active genes, in temporal lobe samples that included all the brain's cell types. Using statistical techniques that linked this activity to the patients' neural oscillations during the free recall task, the researchers identified 300 genes that appeared to play a part in oscillatory activity. The researchers narrowed this number to a dozen "hub genes" that appeared to control separate gene networks.

Next, the researchers looked at the activity of these hub genes in separate cell types within the samples. Surprisingly, they found that several of these hubs weren't active within nerve cells themselves but in a different population of cells known as glia. These cells provide support and protection for nerve cells, including manufacturing the fatty layer that insulates nerve cells so they can efficiently pass electrical signals.

Finally, the researchers used a technique called ATAC-seq, which identifies areas of DNA that are open for molecules called transcription factors to attach to and activate genes. Using this approach, they honed in on SMAD3, a gene that appears to serve as a master regulator to control activity of many of the hub genes and the genes they control in return.

Konopka and Lega note that several of the genes they identified as important in human neural oscillations have been linked to other disorders that can affect learning and memory, such as autism spectrum disorder, attention deficit hyperactivity disorder, bipolar disorder, and schizophrenia. With further research into these genes and the networks they operate within, it may eventually be possible to target select genes with pharmaceuticals to improve memory in individuals with these and other conditions, the researchers say.

"This gives us an entry point," says Konopka, a Jon Heighten Scholar in Autism Research. "It's something we can focus on to learn more about the underpinnings of human memory."

Riding the wave to memory-forming genetics 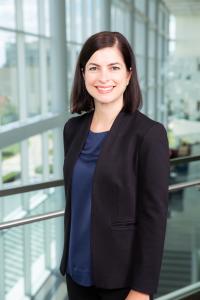