Their discovery, which appears in a paper in this week's early online edition of the journal Nature, is a critical first step for the development of safer and more effective stem cell therapies for patients with leukemia, multiple myeloma, anemia and a host of other diseases of the blood or bone marrow.

The researchers say their time-lapse imaging of the process, by which primitive embryonic tissues first produce the parent stem cells that produce all adult blood cells over the life of an individual, should help guide future efforts to repair and replace this cell population for therapeutic purposes.

Current transplantation therapies rely on the infusion of donor stem cells into a patient's bone marrow to generate new, healthy blood cells without disease. But that procedure is often risky and can result in fatal complications, due in part to "graft-versus-host disease," in which transplanted cells react against foreign tissues of the recipient. One means of circumventing this immune rejection problem would be to generate hematopoietic stem cells, or HSCs, using the patient's own precursor cells. Such cells would be perfectly genetically matched, but in order to generate such cells, scientists must first understand the molecular processes that underlie specification of HSCs.

"If we could generate healthy HSCs from patients and transplant them back into their own bone marrow, it would eliminate many complications," said David Traver, an assistant professor of biology who headed the research team.

"Our findings are an important step toward this goal because they provide a better understanding of how HSCs, the cell type responsible for the clinical benefits of bone marrow transplants, are first specified during development," he said. "This improved understanding will aid efforts to instruct pluripotent embryonic stem cells (ESCs), the stem cells that can produce all types of tissue-specific stem cells in the body, to make HSCs; something that is not currently possible. In other words, we are one step closer now to understanding how to clinically generate HSCs for cellular replacement therapies from ESCs."

Traver and his colleagues, who included Julien Bertrand, a postdoctoral fellow in his laboratory, Neil Chi, an assistant professor of medicine at UCSD and Didier Stainier, a professor of biochemistry at UC San Franscisco, made their discoveries in zebrafish, a model laboratory organism for geneticists in which embryos are transparent, allowing the researchers to observe and track individual stem cells with a microscope.

A number of earlier studies using indirect observation had led to the idea that a particular region of the embryo surrounding the dorsal aorta, an early blood vessel, produced the first HSCs, but until now no one had been able to directly visualize the process in living animals.

"Indeed a number of conflicting studies had proposed different or earlier sites of origin, making the exact location where HSCs develop controversial," said Traver. "Using zebrafish embryos with fluorescently labeled tissues, we were able to demonstrate that HSCs arise directly from cells lining the floor of the dorsal aorta by imaging the process in living embryos."

The UCSD researchers also documented the stepwise formation of HSCs from "hemogenic" aortic endothelium and showed, by expressing a permanent fluorescent marker in these cells, that all adult blood and immune cell types derive from aortic endothelium of the early embryo.

"Our studies suggest that transition through a hemogenic endothelial intermediate is a requisite step for hematopoietic stem cell formation," said Traver. "Based upon the high degree of evolutionary similarity in the regulation of HSC formation and later blood maturation in other vertebrates, this finding almost certainly applies to the development of HSCs in humans. These findings should, together with recent breakthroughs in making induced pluripotent stem cells (iPSCs), the functional equivalent of patient-specific ESCs, in principle allow the generation of replacement HSCs from unrelated adult tissues. This would enable repopulation of a patient's hematopoietic system with his own, disease-free HSCs to avoid immune rejection."

Other researchers involved in the study included Buyung Santoso and Shutian Teng of UCSD. The study was supported by grants from the National Institutes of Health and the California Institute for Regenerative Medicine.

Founded in 1960, the University of California, San Diego is ranked the best value public university in California by Kiplinger's Personal Finance magazine and the 7th best public university in the nation by U.S. News and World Report. Named the "hottest" institution to study science by Newsweek, UC San Diego is one of the nation's most accomplished research universities, widely acknowledged for its local impact, national influence and global reach. Renowned for its collaborative, diverse and cross-disciplinary ethos that transcends traditional boundaries in science, arts and the humanities, the university attracts stellar faculty, students and staff. For more information, please visit www.ucsd.edu. 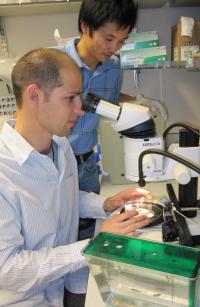 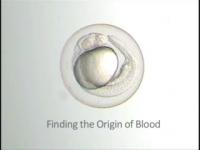