Most earthquakes in the Barnett Shale region of north Texas occur within a few miles of one or more injection wells used to dispose of wastes associated with petroleum production such as hydraulic fracturing fluids, according to new research from The University of Texas at Austin. None of the quakes identified in the two-year study were strong enough to pose a danger to the public.

The study by Cliff Frohlich, senior research scientist at the university's Institute for Geophysics, appears this week in the journal Proceedings of the National Academy of Sciences.

"You can't prove that any one earthquake was caused by an injection well," says Frohlich. "But it's obvious that wells are enhancing the probability that earthquakes will occur."

Frohlich analyzed seismic data collected between November 2009 and September 2011 by the EarthScope USArray Program, a National Science Foundation-funded network of broadband seismometers from the Canadian border to the Gulf of Mexico. Because of the high density of instruments (25 in or near the Barnett Shale), Frohlich was able to detect earthquakes down to magnitude 1.5, far too weak for people to feel at the surface.

He found that the most reliably located earthquakes—those which are accurate to within about 0.9 miles (1.5 kilometers)—occurred in eight groups, all within 2 miles (3.2 kilometers) of one or more injection wells. Before this study, the National Earthquake Information Center had only identified two earthquake groups in the area strongly associated with specific injection wells. This suggests injection-triggered earthquakes are far more common than is generally recognized.

The Barnett Shale is a geological formation in North Texas bearing a large amount of natural gas that was difficult to recover prior to recent technological advances such as hydraulic fracturing. The formation lies beneath Dallas and Fort Worth and extends over several counties, mostly to the west of those cities. Development of the Barnett Shale and other unconventional plays such as the Bakken Shale in North Dakota and the Marcellus Shale in Pennsylvania, New York and West Virginia have spurred dramatic growth in domestic natural gas production.

This study comes as some policy makers and members of the public are expressing concern about possible environmental and health impacts of hydraulic fracturing. Most earthquakes identified in the study ranged in magnitude from 1.5 to 2.5, meaning they posed no danger to the public.

"I didn't find any higher risks from disposal of hydraulic fracturing fluids than was thought before," says Frohlich. "My study found more small quakes, nearly all less than magnitude 3.0, but just more of the smaller ones than were previously known. The risk is all from big quakes, which don't seem to occur here."

"It might be that an injection can only trigger an earthquake if injected fluids reach and relieve friction on a nearby fault that is already ready to slip," says Frohlich. "That just isn't the situation in many places."

Support for this study came from the U.S. Geological Survey and the Jackson School of Geosciences. The author has no financial ties to the hydraulic fracturing industry. Frohlich has consulted for the construction industry on seismic risks for projects including dams, power plants and pipelines. He plans to participate in a future study relating to hydraulic fracturing in the Barnett Shale by the university's Energy Institute.

Journal
Proceedings of the National Academy of Sciences
Funder
US Geological Survey, 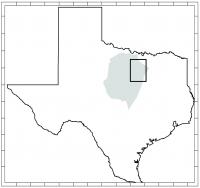