Certain sections of aero gas-turbine engines, which are widely used in aircrafts, regularly reach temperatures above 1,200 °C. Needless to say, any materials used in such harsh environments must be durable and up to the task. Ceramic matrix composites made of silicon carbide (SiC) have recently garnered interest as promising candidates for gas-turbine engines. However, these materials require a heat-resistant coating layer to prevent the oxidation of SiC and subsequent evaporation of SiO2, which is a process that leads to a decrease in the material volume and, therefore, structural defects such as large cracks or the topmost layer flaking off.

Unfortunately, existing coating layers cannot fully prevent this oxidization to SiO2 because oxygen can permeate through microscopic cracks in these layers or by simple diffusion.

To address this issue, some scientists have focused on using ytterbium silicide (Yb-Si) as a coating material because Yb-Si can reach high melting points and their oxides are mainly Yb-silicates, which remain attached as an oxide layer and do not evaporate easily. However, not much is known about the fundamental phenomena that take place in these materials at high temperatures in either air or water vapor environments.

In a recent study published in Intermetallics, a team of scientists-including Junior Associate Professor Ryo Inoue, Assistant Professor Yutaro Arai and Professor Yasuo Kogo from Tokyo University of Science, and Senior Researcher Takuya Aoki from the Japan Aerospace Exploration Agency (JAXA)-set out to understand the oxidation mechanisms in Yb-Si. They conducted a variety of experiments to gain insight into the oxidation behavior (and degradation) of different Yb-Si coatings at high temperatures under three types of atmospheres: air, water vapor, and a mixture of both.

Through X-ray diffraction analysis, energy dispersive spectroscopy, and scanning electron microscopy, the scientists were able to accurately visualize and quantify the morphology and composition of the Yb-Si samples before and after the heat exposure tests. One of the main findings was that the Yb to Si ratio was a major player in defining the oxidation behavior of the material; Yb5Si

Most importantly, the researchers explored the mechanisms by which ytterbium content can affect the formation of SiO2. "After heat exposure of both silicides in steam, we found SiO2 in Yb5Si3, whereas Si was actually still present in Yb3Si5," remarks Dr Inoue, who led the study. "Our analyses indicate that SiO2 growth is suppressed in Yb3Si5 because SiO2 partakes in, and is the limiting factor of, reactions that form Yb-silicates," he adds. Though the exact intermediate reactions that lead to the formation of the various Yb-silicates are not completely understood yet, the team presented two highly possible reaction pathways. This will likely be clarified through future studies with even more detailed characterization techniques.

Overall, this study provides meaningful insight into what happens during the oxidation of Yb-Si, which will help in the development of protective coatings for aero gas-turbine engines. "If a coating that can withstand harsher environments can be realized, engine parts will become more heat resistant, which naturally leads to higher engine efficiency," remarks Dr Inoue.

Dr Ryo Inoue obtained a PhD degree from the University of Tokyo, Japan, in 2014, and worked there for a year as a project researcher. He joined the Tokyo University of Science in 2015 as an Assistant Professor of the Department of Materials Science and Technology. He now leads the Inoue Laboratory as a Junior Associate Professor of the Department of mechanical Engineering, where he develops and studies composite materials for automobiles, aircrafts, and research. He has published over 30 peer-reviewed articles and is a member of The Ceramic Society of Japan, as well as the Japan Society of Mechanical Engineers. 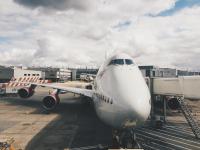