The University of Arizona College of Engineering wind tunnels are getting $1.7 million in upgrades, which will boost the capabilities of the Department of Aerospace and Mechanical Engineering in high-speed aerodynamics research.

With the designation of the university as a Hispanic-Serving Institution in 2018, last year was the first time researchers could apply for funding from the U.S. Department of Defense's Historically Black Colleges and Universities/Minority-Serving Institutions Science Program. Through the program, assistant professor Stuart "Alex" Craig received $450,000 from the Office of Naval Research, and Jesse Little, associate professor and associate department head for graduate studies, received $600,000 from the Army Research Office.

In addition, the Air Force Office of Scientific Research awarded $125,000 to Craig, $285,000 to Little and $245,655 to aerospace and mechanical engineering professor Hermann Fasel as part of the Defense University Research Instrumentation Program.

"Hypersonics is a key part of the university's strategic plan," Little said. "Our department has a legacy in fluid mechanics and aerodynamics, and we are building on decades' worth of research done by colleagues. When we're done, across a few different facilities, we will be able to experiment from Mach 0 to Mach 5, at scales relevant for real problems, not just theoretical ones."

The speed of sound is about 761 mph in standard conditions at sea level. Mach 1 refers to flows at the speed of sound. Subsonic flows are below Mach 0.8, supersonic flows are Mach 1.3 to Mach 5, and hypersonic flows are Mach 5 and above. The Department of Aerospace and Mechanical Engineering has wind tunnels that operate in each of these ranges, including the subsonic and supersonic tunnels in Little's Turbulence and Flow Control Laboratory and the hypersonic wind tunnels in Craig's Boundary-Layer Stability and Transition Laboratory. The tunnels are used to learn more about how aircraft behave in flight.

The transonic range, from about Mach 0.8 to 1.3, is complicated because it contains a mixture of subsonic and supersonic behavior that makes experimentation difficult. The environment is so sensitive, in fact, that just inserting a model into a traditional wind tunnel operating at transonic speeds can spoil the test conditions. However, because transport aircraft, rotorcraft, turbomachinery and various projectiles operate at transonic conditions, experimentation in this range is critical.

The Army Research Office grant will fund construction of a specially designed test section to extend the Arizona Supersonic Wind Tunnel, which is currently being installed in Little's lab, to transonic conditions. The existing design enables Mach numbers from 1.75 to 4. The transonic portion will be added in late 2020.

"We already have a lot of projects at low subsonic conditions as well as supersonic and hypersonic," Little said. "Now, we'll be able to expand this to the range that's in between, giving this university a nationally unique experimental capability."

For example, aerospace and mechanical engineering researchers will now be able to study unsteady and separated flows, which are prevalent on components such as the blades of helicopters in the transonic range. They'll also be able to apply active flow control - the ability to manipulate a flow field for a desired change - in experiments at transonic conditions.

"The ability to conduct experiments in transonic flow regimes is critically important to uncovering the complex physical behaviors at play; there's a mix of subsonic and supersonic behavior happening simultaneously, which presents an exceptional challenge," said Matthew Munson, program manager for fluid dynamics at the Army Research Office. "Investment in this type of infrastructure is essential to making discoveries that will inform development of future Army and Department of Defense systems. It also provides students at the University of Arizona with an uncommon opportunity to be trained in this largely unexplored area of science."

Craig's research focuses on boundary layer transition - the shift from laminar, or smooth, to turbulent in the flow of air around an aircraft. This type of flow affects how much friction and heat vehicles experience when flying at a high Mach number.

"Designing a vehicle that can survive that heat is a really big part of the challenge," Craig said. "To do so in such a way that the vehicle is not so heavy it can't fly is another."

He uses the Mach 5 Ludwieg Tube wind tunnel in his lab to conduct experiments. However, the tunnel can only produce a noisy flow, meaning that the velocity and pressure of the air flow fluctuate. The Office of Naval Research grant is funding a nozzle that enables the tunnel to produce quiet flow, which more closely approximates what occurs with flight in Earth's atmosphere.

"What you need is to mimic a flightlike noise environment," Craig said. "A conventional wind tunnel can't do that, but this nozzle can. The nozzle brings the free-stream quality of this wind tunnel more in line with what it is like when an aircraft flies around in the atmosphere."

There are only a few other tunnels in the world with this capability, but they all operate at higher Mach numbers - 6, 8 and 10. This will be the only tunnel in the nation that can produce quiet flow at Mach 5, filling a gap for the study of cruise missiles and other objects that fly at this speed.

"There's a whole class of vehicles that are completely underserved if you exclusively focus on Mach 8 or higher," Craig said, adding that much of his research is also transferable to higher Mach speeds.

While trained graduate students will be the primary operators of the new equipment, it will also be used to demonstrate concepts taught in undergraduate courses. Additionally, high school students in university outreach programs, such as the College of Education's Upward Bound program and Engineering 102 High School introductory course, will have opportunities to tour the facilities and see examples of data acquired in high-speed wind tunnel experiments.

The Historically Black Colleges and Universities/Minority-Serving Institutions Science Program awards are the result of a merit competition administered by the Army Research Office under policy and guidance of the Office of the Under Secretary of Defense for Research and Engineering to increase the capabilities of historically black colleges and universities and minority-serving institutions to perform defense research. The Army Research Office is an element of the U.S. Army Combat Capabilities Development Command's Army Research Laboratory.

"These projects align with so many of our top priorities," said University of Arizona President Robert C. Robbins. "By leveraging our status as a Hispanic-Serving Institution, researchers in the College of Engineering have secured support that will enable them to create real-world conditions that are critical in aerospace experiments. At the same time, they will be using these state-of-the-art wind tunnels to spark the interest of high school students and undergraduates, who hopefully will imagine their future selves in facilities like these, pursuing STEM degrees or working as engineers." 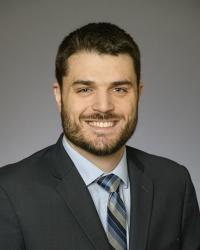 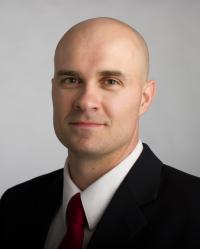