Frankfurt / Nairobi - As the cost of clean technology continues to fall, the world added record levels of renewable energy capacity in 2016, at an investment level 23 per cent lower than the previous year, according to new research published today by UN Environment, the Frankfurt School -- UNEP Collaborating Centre and Bloomberg New Energy Finance (BNEF).

Global Trends in Renewable Energy Investment 2017 finds that wind, solar, biomass and waste-to-energy, geothermal, small hydro and marine sources added 138.5 gigawatts to global power capacity in 2016, up almost 9 per cent from the 127.5 gigawatts added the year before. The added generating capacity roughly equals that of the world's 16 largest existing power producing facilities combined.

Investment in renewables capacity was roughly double that in fossil fuel generation; the corresponding new capacity from renewables was equivalent to 55 per cent of all new power, the highest to date. The proportion of electricity coming from renewables excluding large hydro rose from 10.3 per cent to 11.3 per cent. This prevented the emission of an estimated 1.7 gigatonnes of carbon dioxide.

The total investment was $241.6 billion (excluding large hydro), the lowest since 2013. This was in large part a result of falling costs: the average dollar capital expenditure per megawatt for solar photovoltaics and wind dropped by over 10 per cent.

"Ever-cheaper clean tech provides a real opportunity for investors to get more for less," said Erik Solheim, Executive Director of UN Environment. "This is exactly the kind of situation, where the needs of profit and people meet, that will drive the shift to a better world for all.”

"The investor hunger for existing wind and solar farms is a strong signal for the world to move to renewables," said Prof. Dr. Udo Steffens, President of Frankfurt School of Finance & Management, commenting on record acquisition activity in the clean power sector, which rose 17 per cent to $110.3 billion.

While much of the drop in financing was due to reduced technology costs, the report documented a slowdown in China, Japan and some emerging markets, for a variety of reasons.

Mexico, Chile, Uruguay, South Africa and Morocco all saw falls of 60 per cent or more, due to slower than expected growth in electricity demand, and delays to auctions and financings. Jordan was one of the few new markets to buck the trend, investment there rising 148 per cent to $1.2 billion.

The US saw commitments slip 10 per cent to $46.4 billion, as developers took their time to build out projects to benefit from the five-year extension of the tax credit system. Japan slumped 56 per cent to $14.4 billion.

"The question always used to be 'will renewables ever be grid competitive?'," said Michael Liebreich, Chairman of the Advisory Board at BNEF. "Well, after the dramatic cost reductions of the past few years, unsubsidised wind and solar can provide the lowest cost new electrical power in an increasing number of countries, even in the developing world -- sometimes by a factor of two."

"It's a whole new world: even though investment is down, annual installations are still up; instead of having to subsidise renewables, now authorities may have to subsidise natural gas plants to help them provide grid reliability," Liebreich said.

Recent figures from the International Energy Agency cited the switch to renewables as one of the main reasons for greenhouse gas emissions staying flat in 2016, for the third year running, even though output in the global economy rose by 3.1 per cent.

Investment in renewables did not drop across the board. Europe enjoyed a 3 per cent increase to $59.8 billion, led by the UK ($24 billion) and Germany ($13.2 billion). Offshore wind ($25.9 billion) dominated Europe's investment, up 53 per cent thanks to mega-arrays such as the 1.2 gigawatt Hornsea project in the North Sea, estimated to cost $5.7 billion. China also invested $4.1 billion in offshore wind, its highest figure to date.

Purchases of assets such as wind farms and solar parks reached a new high, $72.7 billion.

The smaller sectors had mixed fortunes in terms of new investment. Biofuels fell 37 per cent to $2.2 billion, the lowest for at least 13 years; biomass and waste held steady at $6.8 billion and small hydro at $3.5 billion. Geothermal rallied 17 per cent to $2.7 billion. Marine edged down 7 per cent to $194 million.

Siting two different technologies in the same location -- to make use of shared land, grid connections and maintenance, and to reduce intermittency -- is growing. Some 5.6 gigawatts of these 'hybrid' projects have been built or are under development worldwide.

The Ramanathapuram solar complex in India, billed as the world's largest ever solar photovoltaic project (648 megawatts), was constructed.

The report in full can be downloaded post-embargo at fs-unep-centre.org

UN Environment is the leading global voice on the environment. It provides leadership and encourages partnership in caring for the environment by inspiring, informing, and enabling nations and peoples to improve their quality of life without compromising that of future generations. UN Environment works with governments, the private sector, the civil society and with other UN entities and international organizations across the world. To ensure its global effectiveness UN Environment supports six regional offices, a number of sub-regional and country offices and a growing network of centres of excellence.

The Frankfurt School - UNEP Collaborating Centre for Climate & Sustainable Energy Finance is a strategic cooperation between the Frankfurt School of Finance & Management and UN Environment. The Centre is committed to facilitate the necessary structural change of energy supply and use around the globe by helping to catalyse private sector capital flow towards investments in sustainable energy and climate change mitigation and adaptation. A primary objective is to bridge the public-private sector gap through think-tank activities combining research, education and project implementation. A key part of this process is to enable the public sector to put in place policies, regulations and initiatives that overcome existing or perceived investment risks and other barriers seen by the private sector due to unfamiliarity with clean energy initiatives, particularly in developing countries. Together with partners in different institutions, the Centre is elaborating and field-testing new financial instruments and implementing cutting-edge projects that serve the growing markets for energy-efficient and clean energy production. 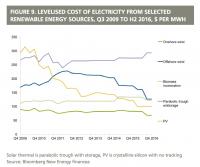 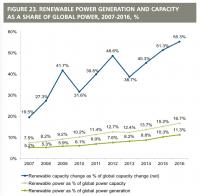