The circadian clock is a molecular network that generates daily rhythms, and is present in both plants and animals.

A University of Leicester research team led by Dr Eran Tauber has studied genetic variation in circadian clock genes in wild populations of the fruit fly, Drosophila melanogaster – and has discovered that their genes have developed different genetic variations that are functionally important.

The paper, entitled 'Molecular evolution of a pervasive natural amino-acid substitution in Drosophila cryptochrome', has been published in PLOS ONE, a peer-reviewed international online publication.

The research focuses on examining a protein called Cryptochrome (CRY), a blue light photoreceptor which synchronises the circadian clock of the fruit fly with the environmental light-dark cycle. CRY is involved in circadian clock functioning in both plants and animals, including humans.

Adaptive variations have resulted in two versions of the CRY protein existing in fruit flies, both with a different amino acid present – these amino acids affect the circadian clock of the fruit fly.

Dr Tauber said: "The fruit-fly has been a major model organism in the study of the circadian clock, and our collection of strains from various wild populations allow us to identify changes in the genes that serve as molecular adaptations of populations to their local environments.

"We have analysed the sequence of this genes in flies from different European populations and identified many variations. One of these variations involves a single DNA base change resulting in two versions of the protein, each with a different amino acid."

Dr Mirko Pegoraro, a researcher from the University of Leicester, said: "The fact that the two versions of the protein are present in similar proportions in all the fruit fly populations that we sampled suggests that this variation is functionally important in the species and is actively maintained by natural selection.

"We have tested the behaviour of the flies that express the different CRY proteins and found some interesting and significant differences in their activity pattern during the day, and adult emergence from their pupae the fact that a single amino acid change can result in a different behaviour is an extraordinary discovery."

The study generated large fly populations with different frequencies of the two CRY variants. The team monitored the dynamics of the variants for nearly a year - about 20 fly generations.

The frequency of the genetic variants became similar in a controlled research environment, simulating the frequencies observed in the wild. Using this kind of experimental evolution allowed the team to demonstrate that this variation is actively maintained by the species, although the exact mechanism is yet to be identified.

The research was carried for nearly six years and was funded by grants from the Natural Environment Research Council (NERC) and the Biotechnology and Biological Sciences Research Council (BBSRC), to Dr Eran Tauber and Prof. Bambos Kyriacou at the Department of Genetics. 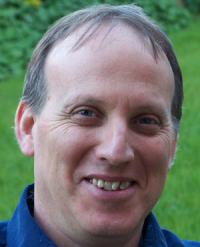