By tracking hybrids between songbird species, investigators have found that migration routes are under genetic control and could be preventing interbreeding. The research, which is published in Ecology Letters, was conducted using geolocators that, like GPS, record the position of a bird and allow its long distance movement to be tracked.

Compared with their parents, hybrids exhibited increased variability in their migratory routes: some used intermediate routes across less suitable areas, while others used the same routes as one parental group on fall migration and the other on spring migration.

"This is the first time we've been able to track songbirds over the entire annual cycle, and the data we collected support a longstanding hypothesis in ecological speciation, that differences in migratory behavior could be acting as postmating reproductive isolating barriers," said lead author Kira Delmore. 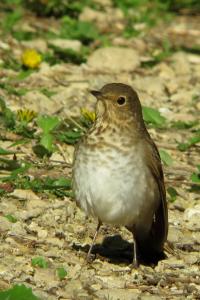