The moon is likely very dry in its interior according to a new study from researchers at Scripps Institution of Oceanography at the University of California San Diego, published August 21, 2017 in the Proceedings of the National Academy of Sciences.

The question of the moon's moistness matters because the amount of water and other volatile (easily evaporated) elements and compounds provide clues to the moon's history and how it was formed.

"It's been a big question whether the moon is wet or dry. It might seem like a trivial thing, but this is actually quite important," said James Day, a geochemist at Scripps Institution of Oceanography and the leading author of the study funded by the NASA Emerging Worlds program. "If the moon is dry -- like we've thought for about the last 45 years, since the Apollo missions -- it would be consistent with the formation of the moon in some sort of cataclysmic impact event that formed it," Day said.

The results in this paper suggest that when the moon formed it was "very, very, hot," Day said. "Essentially an ocean of magma."

Day and his coauthors believe it would have been so hot that any water, or other compounds and elements that are volatile under conditions on the moon, such as zinc, would have evaporated very early in the moon's history.

They arrived at this conclusion after analyzing fragments of the "Rusty Rock," a rock collected from the moon's surface during the Apollo 16 mission in 1972.

"It's the only rock from the moon that came back with what appeared to be rust on its outer surfaces," Day said.

The implications of the Rusty Rock have mystified scientists for a long time--water is one of the essential ingredients of rust, so where could that water have come from? Some speculated the water could have been terrestrial, but further tests showed the rock and the rust were lunar in origin.

The new chemical analyses Day and his team applied to the Rusty Rock revealed that the rock's composition is consistent with it coming from a very dry interior.

"It's a bit of a paradox," Day said. "It's a wet rock that comes from a very dry interior part of the moon."

Day found that the rust on the Rusty Rock is full of lighter isotopes of zinc, meaning it's probably the product of the zinc condensing on the moon's surface after evaporating during the sweltering period of the moon's formation.

"Zinc is a volatile element, so it behaves a bit like water under conditions of moon formation," Day said. "It's something like clouds forming from the ocean; the clouds are rich in light oxygen isotopes, and the ocean is rich in heavy oxygen isotopes."

In the same way, he said, the interior of the moon must be enriched in the heavy isotopes and have been depleted in the light isotopes and volatile elements. Meaning: dry.

"I think the Rusty Rock was seen for a long time as kind of this weird curiosity, but in reality, it's telling us something very important about the interior of the moon," Day said. "These rocks are the gifts that keep on giving because every time you use a new technique, these old rocks that were collected by Buzz Aldrin, Neil Armstrong, Charlie Duke, John Young, and the Apollo astronaut pioneers, you get these wonderful insights."

But the insights Day has gleaned from one lunar artifact run contrary to recently published results from another. In a paper published on July 24, 2017 in Nature Geoscience, scientists from Brown University analyzed glass deposits found on the moon's surface and concluded that the presence of water in these deposits suggests that the moon's interior is actually wet.

But Day is skeptical of these results.

"Their study says that all of the glass bead deposits on the lunar surface are 'wet,' which is a great observation. However, they cannot elucidate the mechanism of their formation," he said.

One of Day's PhD students, Carrie McIntosh, is currently doing her own work on the glass beads and the composition of the deposits.

"That's where we're going next," Day said. "It seems like the logical next step to try and solve this problem."

In addition to authors from Scripps, researchers from the Institut de Physique du Globe de Paris and the University of New Mexico, Albuquerque, contributed to the study.

Work was funded by the NASA Emerging Worlds program.

Scripps Institution of Oceanography at the University of California San Diego, is one of the oldest, largest, and most important centers for global science research and education in the world. Now in its second century of discovery, the scientific scope of the institution has grown to include biological, physical, chemical, geological, geophysical, and atmospheric studies of the earth as a system. Hundreds of research programs covering a wide range of scientific areas are under way today on every continent and in every ocean. The institution has a staff of more than 1,400 and annual expenditures of approximately $195 million from federal, state, and private sources. Scripps operates oceanographic research vessels recognized worldwide for their outstanding capabilities. Equipped with innovative instruments for ocean exploration, these ships constitute mobile laboratories and observatories that serve students and researchers from institutions throughout the world. Birch Aquarium at Scripps serves as the interpretive center of the institution and showcases Scripps research and a diverse array of marine life through exhibits and programming for more than 430,000 visitors each year. Learn more at scripps.ucsd.edu and follow us at Facebook, Twitter, and Instagram. 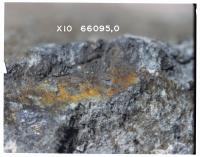