Space scientists at the University of Leicester have detected a curious signal in the X-ray sky – one that provides a tantalising insight into the nature of mysterious Dark Matter.

The Leicester team has found what appears to be a signature of 'axions', predicted 'Dark Matter' particle candidates – something that has been a puzzle to science for years.

In a study being published on Monday 20 October in the Monthly Notices of the Royal Astronomical Society, the University of Leicester scientists describe their finding of a signal which has no conventional explanation.

As first author Professor George Fraser, who sadly died in March of this year, wrote: "The direct detection of dark matter has preoccupied Physics for over thirty years." Dark Matter, a kind of invisible mass of unknown origin, cannot be seen directly with telescopes, but is instead inferred from its gravitational effects on ordinary matter and on light. Dark Matter is believed to make up 85% of the matter of the Universe.

"The X-ray background - the sky, after the bright X-ray sources are removed - appears to be unchanged whenever you look at it," explained Dr. Andy Read, also from the University of Leicester Department of Physics and Astronomy and now leading the paper. "However, we have discovered a seasonal signal in this X-ray background, which has no conventional explanation, but is consistent with the discovery of axions."

This result was found through an extensive study of almost the entire archive of data from the European Space Agency's X-ray observatory, XMM-Newton, which will celebrate its 15th year in orbit this December. Previous searches for axions, notably at CERN, and with other spacecraft in Earth orbit, have so far proved unsuccessful.

As Professor Fraser explains in the paper: "It appears plausible that axions – Dark Matter particle candidates - are indeed produced in the core of the Sun and do indeed convert to X-rays in the magnetic field of the Earth." It is predicted that the X-ray signal due to axions will be greatest when looking through the sunward side of the magnetic field because this is where the field is strongest.

Dr. Read concludes: "These exciting discoveries, in George's final paper, could be truly ground-breaking, potentially opening a window to new physics, and could have huge implications, not only for our understanding of the true X-ray sky, but also for identifying the Dark Matter that dominates the mass content of the cosmos."

President of the Royal Astronomical Society Professor Martin Barstow, who is Pro-Vice-Chancellor, Head of the College of Science & Engineering and Professor of Astrophysics & Space Science at the University of Leicester said: "This is an amazing result. If confirmed, it will be first direct detection and identification of the elusive dark matter particles and will have a fundamental impact on our theories of the Universe."

The XMM-Newton observatory, its operations and data archive, constitute a major international collaboration within the European Space Agency (ESA) member states and beyond. The work of a number of authors on the calibration of XMM-Newton was supported by the UK Space Agency (UKSA).

Accepted (08/09/14) for publication in Monthly Notices of the Royal Astronomical Society (http://mnras.oxfordjournals.org/)

Caption: A sketch (not to scale) showing axions (blue) streaming out from the Sun, converting in the Earth's magnetic field (red) into X-rays (orange), which are then detected by the XMM-Newton observatory. Copyright: University of Leicester

A sketch (not to scale) showing axions (blue) streaming out from the Sun, converting in the Earth's magnetic field (red) into X-rays (orange), which are then detected by the XMM-Newton observatory. (copyright University of Leicester) 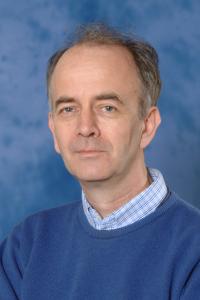