TAMPA, Fla (March 11, 2020) -- Bridging integrator 1, known as BIN1, is the second most common risk factor for late-onset Alzheimer's disease, according to genome-wide studies of genetic variants. Yet, scientists know little about what this protein does in the brain.

Now a new preclinical study has discovered that a lack of BIN1 leads to a defect in the transmission of neurotransmitters that activate the brain cell communication allowing us to think, remember and behave. Led by Gopal Thinakaran, PhD, of the University of South Florida Health (USF Health) Morsani College of Medicine and colleagues at the University of Chicago, the study was published March 10 in Cell Reports.

Approximately 40% of people with Alzheimer's disease have one of three variations in the BIN1 gene - a glitch in a single DNA building block (nucleotide) that heightens their risk for the neurodegenerative disease, said the paper's senior author Dr. Thinakaran, a professor of molecular medicine at the USF Health Byrd Alzheimer's Center and associate dean for neuroscience research at the Morsani College of Medicine.

"Our findings that BIN1 localizes right at the point of presynaptic communication and may be precisely regulating neurotransmitter vesicle release brings us much closer to understanding how BIN1 could exert its function as a common risk factor for Alzheimer's disease," Dr. Thinakaran said. "We suspect it helps control how efficiently neurons communicate and may have a profound impact on memory consolidation - the process that transforms recent learned experiences into long-term memory."

The research team created a mouse model in which the BIN1 gene was selectively inactivated, or knocked out, to characterize the protein's normal function in the brain. In particular, they used advanced cell and molecular biology techniques to investigate the role of BIN1 in regulating synapses associated with learning and memory.

To frame the study results, it helps to know that a healthy human brain contains tens of billions of brain cells (neurons) that process and transmit chemical messages (neurotransmitters) across a tiny gap between neurons called a synapse. In the Alzheimer's disease brain, this synaptic communication is destroyed, progressively killing neurons and ultimately causing a steep decline in memory as well as other signs of dementia. Individuals most susceptible to developing full-blown Alzheimer's in later life are those who lose the most synapses, Dr. Thinakaran said.

Among the Cell Reports study highlights:

The study authors conclude that altogether their work highlights a non-redundant role for neuronal BIN1 in presynaptic regulation and "opens new paths for the future investigation of the precise role of BIN1 as a risk factor in Alzheimer's disease pathophysiology."

The research was supported by grants from the National Institutes of Health, the Cure Alzheimer's Fund, and the Alzheimer's Association, as well as fellowships from the BrightFocus Foundation and the Illinois Department of Public Health.

USF Health's mission is to envision and implement the future of health. It is the partnership of the USF Health Morsani College of Medicine, the College of Nursing, the College of Public Health, the College of Pharmacy, the School of Physical Therapy and Rehabilitation Sciences, the Biomedical Sciences Graduate and Postdoctoral Programs, and the physicians of USF Health, the largest multispecialty group practice on Florida's west coast. The University of South Florida, established in 1956 and located in Tampa, is a high-impact, global research university dedicated to student success. USF ranks in the top 25 nationally for research expenditures among public universities, according to the National Science Foundation.?In 2018, the Florida Board of Governors designated USF as a Preeminent State Research University, placing USF in the most elite category among the state's 12 public universities. 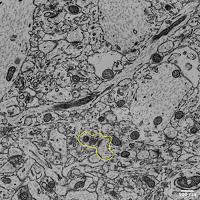 Peering into the brain, one synapse at a time 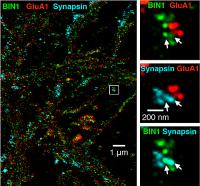