EAST LANSING, Mich. – Dwindling federal funding jeopardizes important animal and biomedical research, together with the institutional research programs that focus on them, a group of Michigan State University scientists warn.

The alarm was sounded today in the journal Science by MSU researchers James Ireland, George Smith, Jose Cibelli and five colleagues from other institutions. It comes just as the landmark sequencing of the domestic cattle genome is reported in the same issue.

Only $32 million of the $88 billion 2007 U.S. Department of Agriculture budget went toward competitive farm animal research grants, the group wrote. The proportion of the National Institutes of Health budget for extramural support of human health research is more than 900 times larger, they said, while U.S. livestock and poultry sales exceed $132 billion annually.

Animal science programs are withering at American institutions as a consequence, they warned. Not only are certain farm animal species themselves facing threats -- poultry in particular face loss of breed genetic diversity – but human health studies might also suffer from lack of funding for large-animal research.

Seventeen Nobel laureates have used farm animals as research models, they wrote, and new information on animal genetics – such as the bovine genome sequence reported today – promise new insights into gene function as well as genetic and environmental influences on animal production and human disease.

While more difficult and costly to maintain, farm animals are often better research subjects than rats and mice, Ireland said, and size often does matter. Chickens contract hard-to-detect ovarian cancer as humans do, for example, and pigs are highly suitable for obesity, cardiovascular and alcohol consumption research.

"The cow is an excellent model for studies on reproduction in the human," Ireland said, "because it's one of the few species that actually has follicular growth dynamics very similar to what takes place in humans."

Private interests continue to fund agricultural research and development, they noted, but "such funds are highly focused on commercial interests and not on basic research."

Research conducted by Ireland, Smith and Cibelli is supported by the Michigan Agricultural Experiment Station.

For MSU news on the Web, go to news.msu.edu. 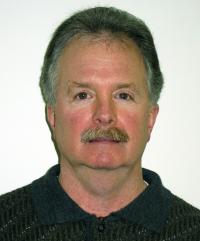 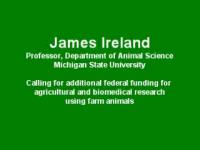