Tiny probes packed with instrumentation have been turned loose in a laboratory in France. The marble-sized devices are an important step on the road to long-anticipated miniaturized machines known as smart dust (picture the artificial swarm in Michael Creighton's "Prey," only without the bloodlust). The small and simple machines are being developed to be released in large numbers to collect data about the motion of fluid systems such as ocean currents and atmospheric winds.

The two centimeter probes are on the large side for smart dust (typically, miniature machines must fill a volume of a cubic centimeter or less to make the cut), still the probes' abilities are impressive for their size. They float freely underwater, measure local temperatures down to a millionth of a degree Kelvin, and send it all back wirelessly. Previous devices used for similar measurements had to remain above water or stay in one place.

The team of physicists that made the smart particles at the Université de Lyon used them to track the paths of tiny heat packets that travel through fluids, showing that the packets follow a regular pattern. The researchers are hopeful that the device will teach them more about the motion of particles in turbulent systems, including hurricanes and mixtures of reactive chemicals. - CC

Stealthy, Versatile, and Jam Resistant Antennas made of Gas

A new antenna made of plasma (a gas heated to the point that the electrons are ripped free of atoms and molecules) works just like conventional metal antennas, except that it vanishes when you turn it off. That's important on the battlefield and in other applications where antennas need to be kept out of sight. In addition, unlike metal antennas, the electrical characteristics of a plasma antenna can be rapidly adjusted to counteract signal jamming attempts.

Plasma antennas behave much like solid metal antennas because electrons flow freely in the hot gas, just as they do in metal conductors. But plasmas only exist when the gasses they're made of are very hot. The moment the energy source heating a plasma antenna is shut off, the plasma turns back into a plain old (non conductive) gas. As far as radio signals and antenna detectors go, the antenna effectively disappears when the plasma cools down.

The antenna design being presented at next week's APS Division of Plasma Physics meeting in Orlando consists of gas-filled tubes reminiscent of neon bulbs. The physicists presenting the design propose that an array of many small plasma elements could lead to a highly versatile antenna that could be reconfigured simply by turning on or off various elements. - JR

Thanks to Einstein, physicists know that the world looks different depending on how fast you're moving. A new analysis shows that it a lot prettier (mathematically speaking) if you're moving at just the right speed, leading to an improvement in calculations describing colliding particle beams and lasers by factors of a million or so.

One of the foundations of Einstein's Special Relativity is that no particular frame of reference is better than any other - whether you're sitting on the couch or barreling through space on a rocket, physics doesn't change. On the other hand, as many physics undergrads learn, choosing the right reference frame can simplify your homework problems a lot.

Jean-Luc Vay has found that the same is true for calculations that describe what happens when particles smash together at nearly the speed of light in machines like the forthcoming Large Hadron Collider experiment in Geneva. But instead of saving a few hours of homework time, Vay's analysis shows a surprising million-fold improvement in calculation speed.

The discovery should allow much higher precision analyses of high energy physics experiments as well as helping physicists to model interactions that were previously just too computationally intensive to consider. - JR

Calla Cofield and James Riordon contributed to this Tip Sheet. 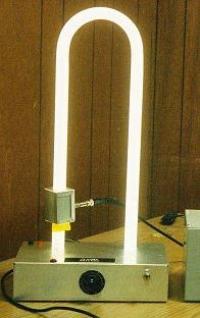