The Earth's mantle -- the layer between the crust and the outer core -- is home to a primordial soup even older than the moon. Among the main ingredients is helium-3 (He-3), a vestige of the Big Bang and nuclear fusion reactions in stars. And the mantle is its only terrestrial source.

Scientists studying volcanic hotspots have strong evidence of this, finding high helium-3 relative to helium-4 in some plumes, the upwellings from the Earth's deep mantle. Primordial reservoirs in the deep Earth, sampled by a small number of volcanic hotspots globally, have this ancient He-3/4 signature.

Inspired by a 2012 paper that proposed a correlation between such hotspots and the velocity of seismic waves moving through the Earth's interior, UC Santa Barbara geochemist Matthew Jackson teamed with the authors of the original paper -- Thorsten Becker of the University of Texas at Austin and Jasper Konter of the University of Hawaii -- to show that only the hottest hotspots with the slowest wave velocity draw from the primitive reservoir formed early in the planet's history. Their findings appear in the journal Nature.

"We used the seismology of the shallow mantle -- the rate at which seismic waves travel through the Earth below its crust -- to make inferences about the deeper mantle," said Jackson, an assistant professor in UCSB's Department of Earth Science. "At 200 km, the shallow mantle has the largest variability of seismic velocities -- more than 6 percent, which is a lot. What's more, that variability, which we hypothesize relates to temperature, correlates with He-3."

For their study, the researchers used the latest seismic models of the Earth's velocity structure and 35 years of helium data. When they compared oceanic hotspots with high levels of He-3/4 to seismic wave velocities, they found that these represent the hottest hotspots, with seismic waves that move more slowly than they do in cooler areas. They also analyzed hotspot buoyancy flux, which can be used to measure how much melt a particular hotspot produces. In Hawaii, the Galapagos Islands, Samoa and Easter Island as well as in Iceland, hotspots had high buoyancy levels, confirming a basic rule of physics: the hotter, the more buoyant.

Becker noted that correlation does not imply causality, "but it is pretty nifty that we found two strong correlations, which both point to the same physically plausible mechanism: the primordial stuff gets picked up preferentially by the most buoyant thermochemical upwellings."

The authors also wanted to know why only the hottest, most buoyant plumes sample high He-3/4.

"The explanation that we came up with -- which people who do numerical simulations have been suggesting for a long time -- is that whatever this reservoir is with primitive helium, it must be really dense so that only the hottest, most buoyant plumes can entrain some of it to the surface," Jackson said. "That makes sense and it also explains how something so ancient could survive in the chaotically convecting mantle for 4.5 billion years. The density contrast makes it more likely that the ancient helium reservoir is preserved rather than mixed away."

"Since this correlation of geochemistry and seismology now holds from helium isotopes in this work to the compositions we examined in 2012, it appears that overall hotspot geochemical variations will need to be re-examined from the perspective of buoyancy," Konter concluded.

Older than the moon 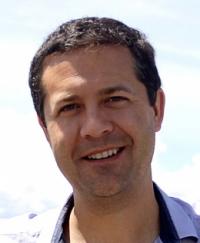