EUGENE, Ore. -- The Lillis Business Complex set the bar for sustainable buildings 10 years ago when it opened at the University of Oregon. Now microbes drawn from the dust in 155 of its rooms have provided clues that could inspire future architectural designers to encourage a healthy indoor environment.

Researchers used specially filtered vacuum cleaners to collect dust in offices, classrooms, hallways, bathrooms and storage closets to develop a microbial snapshot of the building, based on where people congregated, how people used indoor spaces, and how these spaces were connected to allow human movement between them.

Reporting in the Jan. 29 issue of PLOS ONE, a publication of the non-profit Public Library of Science, a 10-member team of biologists and architects noted that proteobacteria, fermicutes and deinococci dominate the building, but these communities vary with architectural choices. The researchers concluded that their findings "give clear evidence that design choices can influence the biogeography of microbial communities indoors."

The study is part of the UO's Biology and the Built Environment (BioBE) Center's quest to explore the microbiome of the indoor world, where people spend the majority of their time. Microbiome refers to the total makeup of microorganisms and their collective genetic material found in or on the human body or in another environment.

The team analyzed DNA from more than 30,000 different types of bacteria throughout the Complex. "We found that what you do in a room, how many people there are in a room and how many different people are in a room all make a big difference," said James Meadow a postdoctoral research associate in the BioBE center. "Even an office with one person year round versus a classroom with hundreds of people throughout the year will have different kinds of bacteria."

The samples were collected from the complex's centerpiece, Lillis Hall -- an airy, 136,000-square-foot facility, which has mechanical air ventilation throughout most of the building, except for a wing of offices where occupants wanted window ventilation. Lillis Hall was the first building in the Eugene-Springfield area to achieve LEED silver certification for its sustainability features. The building was chosen for the study because of its variety of different uses and its flexible operation. For example, Lillis Hall was designed to accommodate both mechanical and natural air ventilation, allowing researchers to observe whether ventilation influences indoor bacterial communities.

Most of the bacteria that were found came as no surprise, Meadow said. "These are found about everywhere we look, inside or outside, and we found some of the same types of bacteria that you would expect to find living in soil and on plants. That tells us that some of the bacteria in buildings are likely being brought in with occupants and with outdoor air -- but not equally in all rooms."

For instance, the researchers found that soil- and plant-associated bacteria were most common in unoccupied spaces, such as mechanical rooms and storage closets.

Several different human-gut-associated bacteria, including lactobacillus, staphylococcus and clostridium, were most common in bathroom dust. The researchers found that bathrooms accumulate the most distinctive bacterial communities, likely because of their unique function. They did not screen for disease-causing forms of bacteria.

Deinococcus, whose members are known for their resilience when exposed to radiation and dry conditions, were the "oddballs" in the mix, Meadow said. "They are super tough and can hang out in harsh conditions, and buildings present some harsh conditions. But they were some of the most common bacteria in the building. They were found in all rooms, but more abundant in mechanically ventilated -- versus naturally ventilated -- rooms. That might suggest that they are accumulating over time while other bacteria dry out and die in buildings."

Naturally ventilated rooms, on the other hand, were associated with more plant- and soil-associated bacteria, like methylobacterium. "A simple choice of where your air comes from in a building can influence the types of bacteria that you encounter," Meadow said.

"This is a relatively new research area," he said. "We don't really have a list of bacteria that we know that we should come into contact with -- such as the Top 20 good bugs or the Top 20 bad bugs, except for maybe a few pathogens. At some point, we will, and this research helps us understand how architecture and occupant behavior can contribute to a healthier indoor microbiome."

"Researchers at the University of Oregon are untangling the web of multi-directional impacts among humans, natural resources, ecosystems, and built environments, and researchers at the BioBE Center are exploring a new frontier of science at the intersection of architecture and biology," said Kimberly Andrews Espy, vice president for research and innovation and dean of the UO Graduate School. "This study furthers our understanding of the microorganisms around us and the complex ecosystems that exist in the built environment. It is a step on the path toward improved human health, environmental sustainability and livability through optimized design."

Co-authors with Meadow on the study were: Steven W. Kembel, a former postdoctoral researcher in the BioBE Center who is now at the University of Quebec, Montreal; Timothy K. O'Connor, a former technician in the BioBE Center; graduate research fellows Gwynne Mhuireach and Maxwell Moriyama, senior research associate Dale Northcutt and research associate Jeff Kline, all of the UO Energy Studies in Buildings Laboratory; and UO faculty members G.Z. Brown, professor of architecture, and biology professors Brendan J.M. Bohannan and Jessica L. Green.

The research was funded by a grant to the BioBE Center from the Alfred P. Sloan Foundation's Microbiology of the Built Environment program.

Note: The University of Oregon is equipped with an on-campus television studio with a point-of-origin Vyvx connection, which provides broadcast-quality video to networks worldwide via fiber optic network. In addition, there is video access to satellite uplink, and audio access to an ISDN codec for broadcast-quality radio interviews. 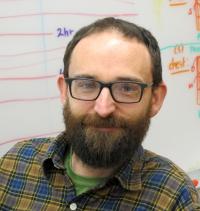