A team of researchers from the National Institute of Informatics (NII) in Tokyo and NTT Basic Research Laboratories (BRL, Nippon Telegraph and Telephone Corporation) in Japan have published an explanation of how quantum systems may be able to heat up by cooling down.

The paper appeared recently in Physical Review Letters in February of 2018.

"Heating by cooling sounds rather counter-intuitive, but if the system has symmetries, decay could mean many things," says Kae Nemoto, a Professor in the Principles of Informatics Research Division at NII which is part of the Inter-University Research Institute Corporation Research Organization of Information and Systems (ROIS).

Nemoto and her team examined a double sub-domain system coupled to a single constant temperature reservoir. Each sub-domain contained multiple spins--a form of angular momentum carried by elementary particles such as electrons and nuclei. The researchers considered the situation where the spins within each sub-domain are aligned with respect to each other but the sub-domains themselves are oppositely aligned (for instance all up in one and all down in the second). This creates a certain symmetry in the system.

As time progresses, the components of the subdomain decay in a process called relaxation.

"Usually, we expect both domains to decay to the reservoir temperature; however, when the two domains coupled with a reservoir maintain a certain symmetry, the decay process can apparently heat the smaller domain up, even beyond the high temperature limit," Nemoto said.

The researchers can control the domains to some extent, while the reservoir is actually a much larger, unknown entity that can be characterized by macroscopic parameters, such as temperature. They use this system to predict new dynamics and explore the multiple levels of thermalization, such as the decay in one subdomain exciting the components of another subdomain.

"Cooling processes can now heat a subsystem up," Nemoto said. "Our case is mathematically rather simple, but it indicates the rich dynamics caused by quantum dissipative processes."

Since not all systems have symmetry, Nemoto and her team would like to further examine the complex interactions between the subdomains and reservoir. "We will investigate more of these counter-intuitive decay dynamics and show when and how exactly we can see these dynamics," Nemoto said, noting that these effects could be used to design and control quantum systems.

The team for this project was Yusuke Hama, a postdoctoral research fellow at NII, William Munro, a senior distinguished scientist at NTT Basic Research Laboratories (also a visiting professor at NII) and Kae Nemoto. This work was supported in part by Japan's Ministry of Education, Culture, Sports, Science and Technology, as well as Japan's Society for the Promotion of Science.

The Global Research Center for Quantum Information Science at the National Institute of Informatics brings together computer scientists, physicists, mathematicians and engineers to establish the foundations of quantum information science and technology while exploring the advantages a quantum world could provide. Our center provides the opportunity and environment for researchers from different backgrounds to collaborate effectively with each other. New researchers are always welcome to join these activities.

The coordination of these institutions, facilitated by ROIS, will contribute to opening new areas of research and performing integrated transdisciplinary research. This framework will allow a holistic approach to the complex issues of life, earth, environmental and social sciences, including the generation of large scale and heterogeneous data from observations, measurements and experiments, knowledge extraction from these data, discovery of scientific truths, technological advancements in database construction and implementation. We will also widely share with the community, the outcomes, resources and research platforms necessary for new frontiers of research. 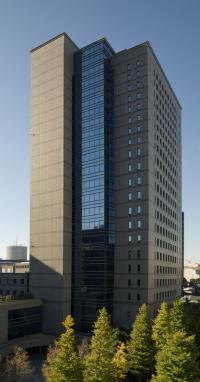 The National Institute of Informatics (NII)