PROVIDENCE, R.I. [Brown University] — Staphylococcus epidermidis is quite an opportunist. Commonly found on human skin, the bacteria pose little danger. But S. epidermidis is a leading cause of infections in hospitals. From catheters to prosthetics, the bacteria are known to hitch a ride on a range of medical devices implanted into patients.

Inside the body, the bacteria multiply on the implant's surface and then build a slimy, protective film to shield the colony from antibiotics. According to a study in the journal Clinical Infectious Diseases, up to 2.5 percent of hip and knee implants alone in the United States become infected, affecting thousands of patients, sometimes fatally.

More ominously, there is no effective antidote for infected implants. The only way to get rid of the bacteria is to remove the implant. "There is no [easy] solution," said Thomas Webster, a biomedical engineer at Brown University.

Now, Webster and Brown graduate student Erik Taylor have created a nano-sized headhunter that zeroes in on the implant, penetrates S. epidermidis's defensive wall and kills the bacteria. The finding, published in the International Journal of Nanomedicine, is the first time iron-oxide nanoparticles have been shown to eliminate a bacterial infection on an implanted prosthetic device.

In lab tests, Taylor, the lead author, and Webster, associate professor of engineering and orthopaedics, noted that up to 28 percent of the bacteria on an implant had been eliminated after 48 hours by injecting 10 micrograms of the nanoparticle agents. The same dosage repeated three times over six days destroyed essentially all the bacteria, the experiments showed.

The tests show "there will be a continual killing of the bacteria until the film is gone," said Webster, who is editor-in-chief of the peer-reviewed journal in which the paper appears.

A surprising added benefit, the scientists learned, is the nanoparticles' magnetic properties appear to promote natural bone cell growth on the implant's surface, although this observation needs to be tested further.

To carry out the study, the researchers created iron-oxide particles (they call them "superparamagnetic") with an average diameter of eight nanometers. They chose iron oxide because the metallic properties mean the particles can be guided by a magnetic field to the implant, while its journey can be tracked using a simple magnetic technique, such as magnetic resonance imaging (MRI). Moreover, previous experiments showed that iron seemed to cause S. epidermidis to die, although researchers are unsure why. (Webster said it may be due to iron overload in the bacteria's cell.)

The researchers plan to test the iron-oxide nanoparticles on other bacteria and then move on to evaluating the results on implants in animals. The research was funded by the private Hermann Foundation Inc. In addition, Taylor's tuition and stipend are funded through the National Science Foundation GK-12 program. 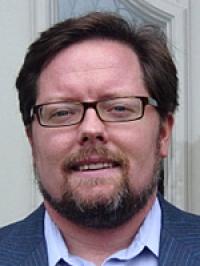