(Santa Barbara, Calif.) –– For our ancestors, misjudging the physical strength of a would-be opponent might have resulted in painful –– and potentially deadly –– defeat.

Now, a study conducted by a team of scientists at the University of California, Santa Barbara has found that a mechanism exists within the human brain that enables people to determine with uncanny accuracy the fighting ability of men around them by honing in on their upper body strength. What's more, that assessment can be made even when everything but the men's faces are obscured from view. A paper highlighting the researchers' findings appears in the current issue of the Proceedings of the Royal Society.

The study consisted of four sections, each of which asked the test subjects to assess the physical strength of individuals based on photographs of their faces, their bodies, or both. Subjects were asked to rank the physical strength or fighting ability of the people in the photographs on a scale of one to seven. When the photographs depicted men whose strength had been measured precisely on weight-lifting machines, the researchers found an almost perfect correlation between perceptions of fighting ability and perceptions of strength. "When you see that kind of correlation it's telling you you're measuring the same underlying variable," said Tooby.

They also found that perceptions of strength and fighting ability reflected the target's actual strength, as measured on weight-lifting machines at the gym. In other sections of the study, the researchers showed that this result extended far beyond the gym. Both men and women accurately judge men's strength, whether those men are drawn from a general campus population, a hunter-horticulturalist group in Bolivia, or a group of herder-horticulturalists living in the Argentinian Andes.

Leg strength was measured along with upper body strength in both the United States and Bolivian populations, but the results showed that perceptions of men's strength and fighting ability reflect upper body strength, not that of legs. "That makes sense," said Cosmides. "If, for example, you're trying to lift something really heavy, or run a long distance, your lower body –– your legs –– will also be significant. But for fighting at close quarters, it's the upper body that really matters."

Added Tooby: "Whether people are assessing toughness or strength, it's upper body strength they implicitly register. And that's the critical information our ancestors needed in deciding –– or feeling –– whether to surrender a disputed resource or escalate aggressively."

The researchers suggest that the ability to judge physical strength and fighting ability serves different, but equally important, purposes for men and women. In men, the mechanism is a barometer for measuring potential threats and determining how aggressive or submissive they should be when facing a possible enemy. For women, the mechanism helps identify males who can adequately protect them and their children. Men have a lot more experience with rough and tumble play and direct experience with fighting, yet women are just as good at assessing these variables. The authors also point out that neither men nor women fare as well in assessing women's strength. This is entirely expected because, ancestrally, inflicting violence was mostly the province of men.

"The next step is to isolate what it is in the face that indicates upper body strength," said Sell. He suggests that the correlation may lie in the heavier brow ridge and thicker jaw that result from increased levels of testosterone. "Many studies have been done on the effects of testosterone on the face. There's a good chance testosterone is involved in regulating the body for battle, and men with high testosterone –– those with a heavy brow ridge and thicker jaw –– developed bodies that were more prepared for combat."

"One reason we evolved the ability to perceive physical strength in the face may be that it's where we focus our attention when we look at someone," said Cosmides.

"Even if we are able to see someone's body, we always look at the face. It's so rich in social information –– what a person is thinking or feeling –– and adding the assessment of physical strength is a huge benefit. A person who is angry and strong offers a much greater threat than the person who is angry but weak." 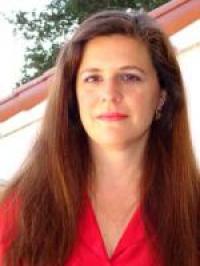 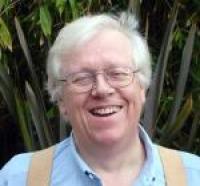