PORTLAND, Ore. - The out-of-hospital birth setting in Oregon was associated with a higher risk of perinatal death, while the in-hospital birth setting was associated with a higher risk for cesarean delivery and other obstetric interventions (e.g., induction or augmentation of labor), according a study published today in the New England Journal of Medicine by researchers at Oregon Health & Science University.

"This study continues the national dialogue about the care, setting and health care systems that can provide more women with a safe, healthy birth that meets their birthing preferences," said Jonathan M. Snowden, Ph.D., an epidemiologist and assistant professor in the Department of Obstetrics and Gynecology in the OHSU School of Medicine and lead author of the study. "Our findings show that Oregon women are very likely to have a safe delivery in any setting. While those who deliver at home or in birth centers are much more likely to have a normal, vaginal delivery, there is also a small but statistically significant increase in risk for adverse baby outcomes."

The study, which looked at outcomes for mothers and babies based on birth setting, was conducted using data collected from Oregon birth certificates in 2012 and 2013 on what a mother's intended birth setting was when she went into labor. The study compared two groups of 'low-risk' pregnancies, meaning the babies were head down, close to their due date, and not twins or triplets. One group was planning hospital birth, the other out-of-hospital birth.

"While the overall risk for perinatal death was low in all settings, the stakes can be high," said Aaron B. Caughey, M.D., Ph.D., professor and chair in the OHSU Department of Obstetrics and Gynecology, associate dean for Women's Health Research and Policy in the OHSU School of Medicine, and paper co-author. "As health care providers, we need to make sure women know what the trade-offs are so they can make an informed choice that reflects their birth preferences."

The key findings were:

This is the first birth certificate data set in the country in which women were asked about intended place of birth, regardless of where they delivered. Because the authors knew which women planned a hospital or out-of-hospital birth, they were able then to properly categorize outcomes by the intended place of birth. In the past, a woman may have started labor at home and intended to deliver at home, and then needed to be transferred to the hospital due to complications and delivered in the hospital. If outcomes were not good, the outcome was categorized as a hospital outcome.

This paper also addresses the overuse of C-sections in U.S. hospitals, a topic on which Dr. Caughey and the research team are nationally known experts.

"There is now consensus in the medical and midwifery communities that the U.S. C-section rate is too high, and the desire to avoid a C-section may shape women's choices when seeking out-of-hospital birth," said Ellen Tilden, Ph.D., C.N.M., assistant professor at OHSU School of Nursing and study co-author. "It's really important that we strive to make birth safer in any setting, both through decreasing fetal and neonatal morbidity and mortality out of the hospital but also through supporting safe vaginal birth in hospitals."

Out-of-hospital births in Oregon account for about 4% of total births (2.4% home birth, 1.6% birth center), the highest rate of any state, so about 95% of births take place in the hospital. About 57% of out-of-hospital births in Oregon are attended by licensed direct entry midwives, 20% by certified nurse-midwives, 13% by naturopathic doctors, and 7.7% by unlicensed midwives. These two charts show which providers perform births in which setting, and define the types of midwives and their trainings/certifications.

The authors agree that working to integrate the maternal health care system would be good first steps. Specifically, they recommend focusing on:

"The history and political tenor of the debate between out-of-hospital and in-hospital birth in our state and nationally has polarized the issue at a time when we sorely need a productive exchange," says Snowden. "It is important to recognize that we all -- families, birth attendants, and policymakers -- share the common goal of helping birth occur with the best possible outcomes for all."

What are the risks of giving birth inside and outside a hospital setting? 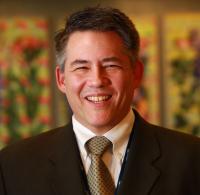 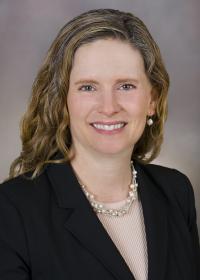