NEWARK, DEL. – Jealousy really is "blinding," according to a new study by two University of Delaware psychology professors. They found that women who were made to feel jealous were so distracted by unpleasant emotional images they became unable to spot targets they were trying to find.

The research appears in the April issue of the journal "Emotion," published by the American Psychological Association. UD psychology professors Steven Most and Jean-Philippe Laurenceau and their colleagues tested heterosexual romantic couples in a lab experiment. The romantic partners sat near each other at separate computers. The woman was asked to detect targets (pictures of landscapes) amid rapid streams of images, while trying to ignore occasional emotionally unpleasant (gruesome or graphic) images.

At the end, the females were asked how uneasy they felt about their partner rating other women's attractiveness.

The finding? The more jealous the women felt, the more they were so distracted by unpleasant images that they could not see the targets. This relationship between jealousy and "emotion-induced blindness" emerged only during the time that the male partner was rating other women, helping rule out baseline differences in performance among the women.

The researchers don't yet know what will happen when the roles are reversed; in these experiments, it was always the women who searched for a target. Future research might reveal whether men tend to be less or more blinded by jealousy. 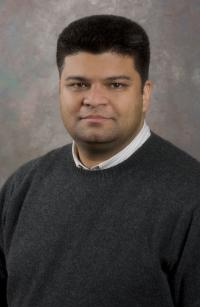