Using x-ray lasers, researchers at Stockholm University have been able to map out how water fluctuates between two different states when it is cooled. At -44°C these fluctuations reach a maximum pointing to the fact that water can exist as two different distinct liquids. The findings will be published in the journal Science.

Water, both common and necessary for life on earth, behaves very strangely in comparison with other substances. How water's density, specific heat, viscosity and compressibility respond to changes in pressure and temperature is completely opposite to other liquids that we know.

We all are aware that all matter shrinks when it is cooled resulting in an increase in the density. We would therefore expect that water would have high density at the freezing point. However, if we look at a glass of ice water, everything is upside down, since we expect that water at 0°C being surrounded by ice should be at the bottom of the glass, but of course as we know ice cubes float. Strangely enough for the liquid state, water is the densest at 4 degrees C, and therefore it stays on the bottom whether it's in a glass or in an ocean.

If you chill water below 4 degrees, it starts to expand again. If you continue to cool pure water (where the rate of crystallization is low) to below 0, it continues to expand - the expansion even speeds up when it gets colder. Many more properties such as compressibility and heat capacity become increasingly strange as water is cooled. Now researchers at Stockholm University, with the help of ultra-short x-ray pulses at x-ray lasers in Japan and South Korea, have succeeded in determining that water reaches the peak of its strange behaviour at -44°C.

Water is unique, as it can exist in two liquid states that have different ways of bonding the water molecules together. The water fluctuates between these states as if it can't make up its mind and these fluctuations reach a maximum at -44°C. It is this ability to shift from one liquid state into another that gives water its unusual properties and since the fluctuations increase upon cooling also the strangeness increases.

"What was special was that we were able to X-ray unimaginably fast before the ice froze and could observe how it fluctuated between the two states", says Anders Nilsson, Professor of Chemical Physics at Stockholm University. "For decades there has been speculations and different theories to explain these remarkable properties and why they got stronger when water becomes colder. Now we have found such a maximum, which means that there should also be a critical point at higher pressures."

Another remarkable finding of the study is that the unusual properties are different between normal and heavy water and more enhanced for the lighter one. "The differences between the two isotopes, H2O and D2O, given here shows the importance of nuclear quantum effects", says Kyung Hwan Kim, postdoc in Chemical Physics at Stockholm University. "The possibility to make new discoveries in a much studied topic such as water is totally fascinating and a great inspiration for my further studies", says Alexander Späh, PhD student in Chemical Physics at Stockholm University.

"It was a dream come true to be able to measure water under such low temperature condition without freezing" says Harshad Pathak, postdoc in Chemical Physics at Stockholm University. "Many attempts over the world have been made to look for this maximum".

"There has been an intense debate about the origin of the strange properties of water for over a century since the early work of Wolfgang Röntgen", further explains Anders Nilsson. "Researchers studying the physics of water can now settle on the model that water has a critical point in the supercooled regime. The next stage is to find the location of the critical in terms of pressure and temperature. A big challenge in the next few years." 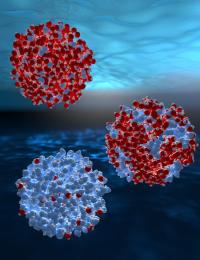 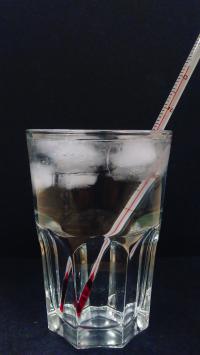