In recent years a number of bestselling books have forcefully argued that belief in God can no longer be defended on rational or empirical grounds, and that the scientific worldview has rendered obsolete the traditional beliefs held by Christianity, Judaism, and Islam. The authors of these books—Richard Dawkins, Daniel Dennett, Sam Harris, Christopher Hitchens, and Victor J. Stenger—have come to be known as the "New Atheists." Predictably, their works have been controversial and attracted a good deal of critical reaction.

In THE NEW ATHEISM: TAKING A STAND FOR SCIENCE AND REASON (Prometheus Books, $19), Victor J. Stenger, whose God: The Failed Hypothesis hit the New York Times bestseller list in 2007, reviews and expands upon the principles of New Atheism and answers many of its critics. He demonstrates in detail that naturalism—the view that all of reality is reducible to matter and nothing else—is sufficient to explain everything we observe in the universe, from the most distant galaxies to the inner workings of the brain that result in the phenomenon of mind.

"[The New Atheism] is largely focused on the scientific and expands upon Stenger's thesis that the question of God's existence is not beyond science…" noted Library Journal, recommending this book "for those already interested and engaged in the current discussion about God and religion, from either side of the fence."

Stenger disputes the claim of many critics that the question of whether God exists is beyond the ken of science. On the contrary, he argues that absence of evidence for God is, indeed, evidence of absence when the evidence should be there and is not.

Turning from scientific to historical evidence, Stenger then points out the many examples of evil perpetrated in the name of religion. He also notes that the Bible, which is still taken to be divine revelation by millions, fails as a basis for morality and is unable to account for the problem of unnecessary suffering throughout the world.

"What is truly 'new' about atheism is that the world, after too many centuries of giving religion a free rein, is now prepared to see and embrace the positive wisdom of doubt….The religious right can no longer smear atheists as 'strident, angry, aggressive, and negative.' Victor Stenger, with his affirming, incisive and illuminating observations, shows us that there is truly grandeur in taking a stand for something precious: science and reason," Dan Barker, co-president of the Freedom From Religion Foundation and author of Godless: How An Evangelical Preacher Became One of America's Leading Atheists.

Stenger also discusses the teachings of ancient nontheist sages such as Buddha, Lao Tzu, and Confucius, whose guidelines for coping with the problems of life and death did not depend upon a supernatural metaphysics. Stenger argues that this "way of nature" is far superior to the traditional supernatural monotheisms, which history shows can lead to a host of evils.

"The new atheism is not just another dogmatic belief system to be accepted on faith, nor does it make people immoral and miserable," said Susan Blackmore, author and visiting Professor in Psychology at the University of Plymouth. "Stenger's thorough review should make both believers and atheists take seriously the harm religions can do."

About the Author: Victor J. Stenger (Lafayette, CO) is adjunct professor of philosophy at the University of Colorado and emeritus professor of physics and astronomy at the University of Hawaii. He is the author of the New York Times bestseller God: The Failed Hypothesis, and many other books, including Has Science Found God?, The Comprehensible Cosmos, Timeless Reality, The Unconscious Quantum, Physics and Psychics, and Quantum Gods.

MEDIA NOTE: Victor J. Stenger is available to discuss the insights of modern physics and philosophy with respect to the emerging atheist movement of 'New Atheism'. Contact Prometheus Books at publicity@prometheusbooks.com or 1-800-853-7545 for author contact information or to request press materials or a review copy of THE NEW ATHEISM: TAKING A STAND FOR SCIENCE AND REASON (ISBN 978-1-59102-751-5). 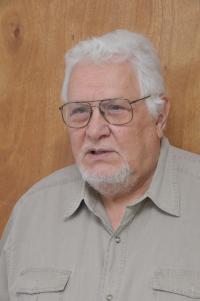