An international team of scientists led from the Centre for Astrobiology (CAB, CSIC-INTA), with participation from the Instituto de Astrofísica de Canarias (IAC), has used the Gran Telescopio Canarias (GTC) to study a representative sample of galaxies, both disc and spheroidal, in a deep sky zone in the constellation of the Great Bear to characterize the properties of the stellar populations of galactic bulges. The researchers have been able to determine the mode of formation and development of these galactic structures. The results of this study were recently published in The Astrophysical Journal.

The researchers focused their study on massive disc and spheroidal galaxies, using imaging data from the Hubble Space Telescope and spectroscopic data from the SHARDS (Survey for High-z Absorption Red and Dead Sources) project, a programme of observations over the complete GOODS-N (Great Observatories Origins Deep Survey - North) region through 25 different filters taken with the OSIRIS instrument on the Gran Telescopio Canarias (GTC), the largest optical and infrared telescope in the world, at the Roque de los Muchachos Observatory (Garafía, La Palma, Canary Islands).

Analysis of the data allowed the researchers to discover something unexpected: the bulges of the disc galaxies were formed in two waves. One third of the bulges in disc galaxies were formed at redshift 6.2, which corresponds to an early epoch in the Universe, when it was only 5% of its present age, around 900 million years old. "These bulges are the relics of the first structures formed in the Universe, which we have found hidden in local disc galaxies", explains Luca Costantin, a researcher at the CAB within a programme of Attracting Talent of the Community of Madrid, and the first author on the paper.

But in contrast, almost two thirds of the bulges observed show a mean value of redshift of around 1.3, which means that they were formed much more recently, corresponding to an age of four thousand million years, or almost 35% of the age of the Universe.

A peculiar characteristic which permits the distinction between the two waves is that the central bulges of the first wave, the older bulges, are more compact and dense than those formed in the second, more recent wave. In addition, the data from the spheroidal galaxies in the sample show a mean redshift value of 1.1, which suggests that they formed in the same general time as the bulges of the second wave.

For Jairo Méndez Abreu, a researcher at the University of Granada (UGR) and a co-author of the article, who was formerly a Severo Ochoa postdoctoral researcher at the IAC, "the idea behind the technique used to observe the stars in the central bulge is fairly simple, but it has not been possible to apply it until the recent development of methods which have allowed us to separate the light from the stars in the central bulge from those in the disc, to be specific the GASP2D and C2D algorithms, which we have developed recently and which have enabled us to achieve unprecedented accuracy".

Another important result of the study is that the two waves of bulge formation differ not only in terms of the ages of their stars, but also in terms of their star formation rates. The data indicate that the stars in the bulges of the first wave formed quickly, on timescales of typically 200 million year. On the contrary, a significant fraction of the stars in the bulges of the second wave required formation times five times longer, some thousand million years.

"We have found that the Universe has two ways of forming the central zones of galaxies like our own: starting early and performing very quickly, or taking time to start, but finally forming a large number of stars in what we know as the bulge", comments Pablo G. Pérez González, a researcher at the CAB, and Principal Investigator of the SHARDS project, which gave essential data for this study. In the words of Antonio Cabrera, the Head of Science Operations at the GTC, "SHARDS is a perfect example of what is possible due to the combination of the huge collecting capacity of the GTC and the extraordinary conditions at the Roque de los Muchachos Observatory, to produce 180 hours of data with such excellent image quality, essential for the detection of the objects analysed here".

As described by Paola Dimauro, a researcher at the National Observatory of Brazil and a co-author of this article, "this study has allowed us to explore the morphological evolution and the history of the assembly of the structural components of the galaxies, analagous to archaeological studies, analysing the information encoded in the millions of stars of each galaxy. The interesting point was to find that not all the structures were formed at the same time, or in the same way".

The results of this study have allowed the observers to establish a curious parallel between the formation and the evolution through time of the disc galaxies studies and the creation and development of a large city during the centuries. Just as we find that some large cities have historic centres, which are older and house the oldest buildings in cluttered narrow streets, the results of this work suggest that some of the centres of massive disc galaxies harbour some of the oldest spheroids formed in the Universe, which have continued to acquire material, forming discs more slowly, the new city outskirts in our analogy.

The Gran Telescopio Canarias and the Observatories of the Instituto de Astrofísica de Canarias (IAC) form part of the network of Singular Scientific and Technical Infrastructures (ICTS) of Spain.

Images of Some of the Galaxies Studied in the Present Work 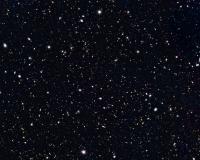