BUFFALO, N.Y. -- When you're having trouble sleeping, light is the last thing you assume you need.

But according to a pilot study attempting to solve insomnia among lung cancer patients led by University at Buffalo sleep researcher Grace Dean, light may just be the answer.

Using a pair of glasses that shine light into the wearer's eyes, the research is examining if the rays can trigger neurotransmitters in the brain and reset participants' sleep cycles.

"Sleep is important for patients with cancer because it is critical for immune system functioning, learning and memory, and overall quality of life," says Dean, associate professor in the UB School of Nursing, who has been studying fatigue in cancer patients since the early 1990s.

The research follows another study led by Dean, published earlier this year in the journal Cancer Nursing, that found lung cancer patients experienced early and middle insomnia -- difficulty falling and staying asleep -- before and during chemotherapy treatment.

It is estimated that 50-80 percent of people diagnosed with lung cancer experience severe insomnia that may persist for an average of eight years after the initial diagnosis, says Dean.

Nearly 60 million Americans -- or about one in five people -- are affected by insomnia each year, according to the National Institutes of Health. The effects of insomnia include fatigue, poor memory and concentration, aggravated mood and more.

Sleeplessness in lung cancer patients often is caused by the effects of the illness, such as pain, anxiety, nausea and impaired breathing. Fatigue is worsened for people who suffered from a sleep disorder before their cancer diagnosis, she says.

Treating sleep disorders with light therapy is nothing new; however, the research will test a unique method in delivering the treatment. The glasses participants will wear are a portable alternative to the large stationary light boxes patients typically use.

Developed by Re-Time, the new light therapy glasses, Re-Timer, shine an ultraviolet-free green light toward the wearer's eyes and can be worn while performing everyday activities. Re-Time provided the devices used in the study.

Participants will wear the glasses every morning for one hour. When the light reaches the brain, it triggers neurotransmitters in the brain to shut off the production of melatonin, a hormone that influences sleep, and increase cortisol levels, a hormone that helps us wake.

Researchers will use actigraphy, a method of monitoring rest and activity using a sensor worn on the wrist, to measure the amount of time participants sleep and to track how often they wake throughout the night.

The treatment, Dean explains, may be a better alternative to sleep medication, which can have numerous side effects.

Light plays a major role in keeping our circadian rhythms, or internal clock, stable. Too much or not enough light will impact our sleep-wake cycles, she says.

The less sunlight a person receives, the more likely they are to have depressed biorhythms, she says, noting that an offset rhythm can cause a person to wake too early or have difficulty falling asleep.

People who live near the equator should have few concerns about receiving enough sunlight. But for those in northern climates, particularly during winter months when days are short, Dean stresses that attaining an adequate amount of light is an issue.

Lighting in the home can be a concern as well, says Dean, who when visiting participants' homes found that "the amount of light in some of the houses is often like they're living in a cave."

Throughout the study, researchers will record the amount of light in participants' homes to evaluate the influence of light on sleep and wakefulness.

To ensure participants aren't getting an unwanted dose of light, researchers encourage all light, including that from bedroom televisions, be shut off at night. The bed will also be restricted at all times to only sleep and sex, eliminating activities such as reading or surfing the Internet.

"What happens when you perform these activities is you start sending signals to the brain that the bed is for everything, when the bed should really only be for sleep," says Dean.

Co-investigators on the study include Suzanne Dickerson, PhD, professor and chair of the Department of Behavioral Health and Clinical Sciences, and Carla Jungquist, assistant professor, both in the UB School of Nursing; Michael Perlis, PhD, associate professor of psychiatry and director of the Behavioral Sleep Medicine Program at the University of Pennsylvania; and Kenneth Wright, PhD, professor in the University of Colorado Department of Integrative Physiology. 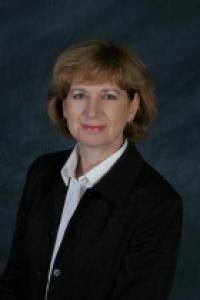