A mountain range with a total length of 65,000 kilometers runs through all the oceans. It marks the boundaries of tectonic plates. Through the gap between the plates material from the Earth's interior emerges, forming new seafloor, building up the submarine mountains and spreading the plates apart. Very often, these mid-ocean ridges are described as a huge, elongated volcano. But this image is only partly correct, because the material forming the new seafloor is not always magmatic. At some spreading centres material from the Earth's mantle reaches the surface without being melted. The proportion of seabed formed this has been previously unknown.

Scientists from the Universities of Kiel (Germany), Austin (Texas, USA) and Durham (Great Britain) have now published data in the international journal Nature Geoscience that, for the first time, allow a detailed estimation on how much seafloor is formed by mantle material without magmatic processes. "This phenomenon occurs especially where the seabed spreads at paces of less than two centimeters per year," explains Prof. Dr. Ingo Grevemeyer from the GEOMAR Helmholtz Centre for Ocean Research Kiel, lead author of the study.

One of these zones is located in the Cayman Trough south of the island of Grand Cayman in the Caribbean. In 2015, the researchers used the German research vessel METEOR to investigate the seafloor seismically, i.e. by using sound waves. Sound signals sent through different rocks or sediment layers, are being reflected and refracted in different ways by each layer. Rock, which has been melted and solidified on the seabed, has a different signature in the seismic signal than rock from the Earth's mantle, which has not been melted.

But scientists had a problem so far: The contact with the seawater changes the mantle rocks. "After this process called serpentinisation mantle rocks are barely distinguishable from magmatic rocks in seismic data," says Professor Grevemeyer. Until now, mantle rock on the seabed could only be detected by taking samples directly from the seafloor and analyzing them in the laboratory. "But that way you only get information about a tiny spot. A large-scale or even in-depth information on the composition of the seabed cannot be achieved," says Grevemeyer.

However, during the expedition in 2015, the team not only used the energy of ordinary sound waves--it also detected so-called shear waves, which occur only in solid materials. They could be recorded very clearly thanks to a clever selection of measuring points.

From the ratio of the speed of both types of waves, the scientists were able to differentiate mantle material from magmatic material. "So we could prove for the first time with seismic methods that up to 25 percent of the young ocean floor is not magmatic at the ultra-slow spreading centre in the Cayman trough," says Ingo Grevemeyer.

Since there are similar spreading centres in other regions, such as the Arctic or Indian Ocean, these results are of great importance for the general idea about the global composition of the seabed. "This is relevant, if we want to create global models on the interactions between seabed and seawater or on processes of plate tectonics," summarizes Professor Grevemeyer. 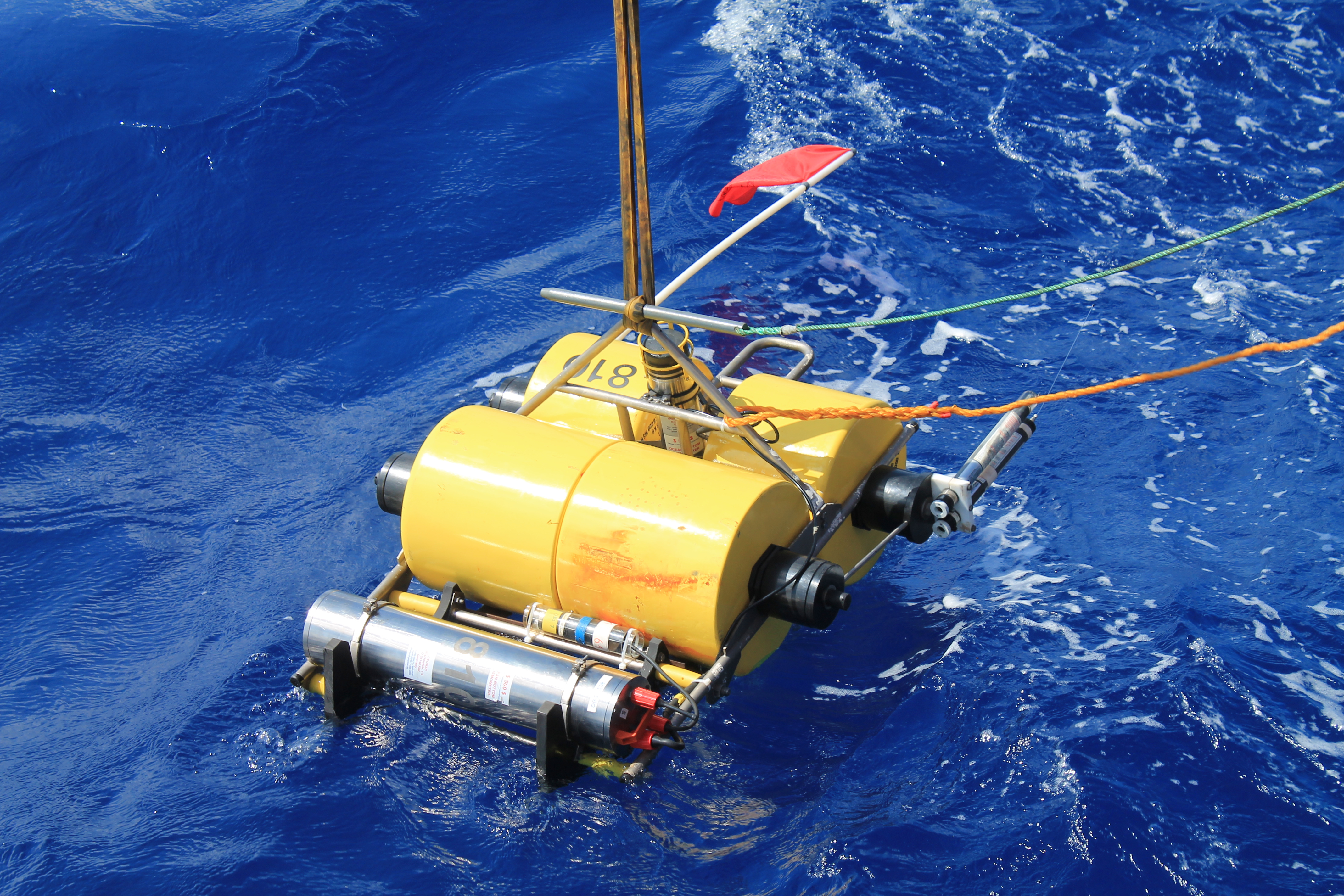