TORONTO, June 9, 2021 - Researchers from York University and the University of British Columbia have found social media use to be one of the factors related to the spread of COVID-19 within dozens of countries during the early stages of the pandemic.

The researchers say this finding resembles other examples of social media misinformation ranging from the initial phase of vaccine rollout to the 2021 Capitol riot in the United States.

Countries with high social media use leading to off-line political action prior to the pandemic, as surveyed before the pandemic by V-Dem (a database from the University of Gothenburg), showed the strongest trend toward a high R0 - an indicator of how many secondary infections one infected individual is likely to cause - and a faster initial spread of the virus. For example, Canada when compared to the United States had a lower level of social media use leading to off-line action and a lower R0. A set of multiple factors, including social media, could explain the different outcomes between the two countries, although the findings do not imply causation.

"What we found was surprising, that the use of social media to organize off-line action tended to be associated with a higher spread rate of COVID-19. This highlights the need to consider the dynamic role that social media plays in epidemics," says Assistant Professor Jude Kong of York University's Faculty of Science, who led the research with University of British Columbia Postdoctoral Fellow Edward Tekwa.

The research team examined national level demographic, disease, economic, habitat, health, social and environmental characteristics that existed before the pandemic across 58 countries, including Ghana, Canada and the United States. They broke those characteristics down into covariates and analyzed which ones had the strongest associations with vulnerability to the virus before government interventions were put in place.

"The world has changed to modify R0. Social media, for example, could help rather than hurt now that we have more reliable information to pass around. But some of the factors identified in our research have not changed and could be informative for the current and future pandemics," says Tekwa.

Kong and Tekwa found a country with an intermediate number of youth (between the ages of 20 and 34), an intermediate GINI inequality factor (the amount of income inequality across a population), and a population that primarily lives in cities of more than one million people were three additional factors with the strongest relationship to the rate of spread.

Pollution, temperature, and humidity did not have a strong relationship with R0. The overall goal was to find baseline epidemiological differences across countries, shape future COVID-19 research, and better understand infectious disease transmission.

"Different countries have different characteristics that predispose them to greater vulnerability," says Kong. "When we are looking to compare COVID-19 progression among countries, we need to take into account those pre-existing country characteristics. The reason being is that if you just do a simple analysis the result will be misleading."

Understanding the initial phase will help account for pre-existing, intrinsic differences, as regions try to identify their own best management strategy going forward. Kong says they are already using this data to inform policymakers in Africa about which communities are most vulnerable. The paper was published today in the journal PLOS ONE. 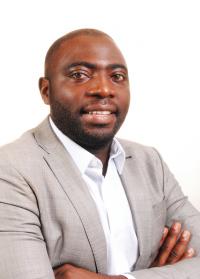