Forcepflies are usually known as earwigflies, because the males have a large genital forceps that resembles the cerci of earwigs. A new species of forcepfly Meropeidae (Mecoptera) from Brazil was described, representing only the 3rd extant species described in this family and the 1st record of the family from the Neotropical region. The distribution and biogeography of the family are discussed and it is even proposed that Meropeidae originated before continental drift and then divided into two branches, northern and southern, with the breakup of the old supercontinent Pangea. The study was published in the open access journal ZooKeys.

Despite all previous collecting efforts in this area the species had never been recorded before. The specimen was collected in a private ranch near a forest fragment surrounded by farms in the Atlantic Forest biome, one of the most threatened in Brazil. It can be found in a variety of habitats, including woodland, Jarrah forest, and sand plain vegetation. What makes forcepflies special is the fact that little is known about their biology and the immature stages remain a mystery to scientists. The adults, who are nocturnal and seem to live on the ground, are also capable of stridulation, or the production of sound by rubbing certain body parts.

"The discovery of this new relict species is an important signal to reinforce the conservation of Brazilian Atlantic Forest biome. Certainly there are many more mecopterans species yet to be discovered in these forests", said the lead author Dr Renato Machado from the Texas A & M University, College Station, USA. 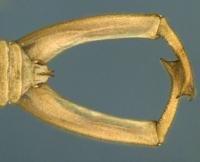 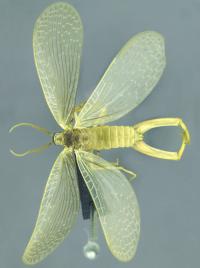